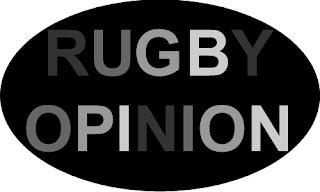 Normally I try to use "seeing both sides" as a starting point when it comes to forming an opinion on an issue, but for the "debate" surrounding Friday's RFU ruling it has honestly been very difficult.
At one extreme, the premise seems to be that if you are against the ban, you either "don't care about women's safety" or you are "being too political".
For me, it is obvious that the indifference to safety one is nonsense.
Even in the hyperbolic opinionated world of social media, virtually everyone wants sport to be played as safely as possible, and to briefly reference another issue, I believe this applies to 20m red card supporters too.
As for the "being political" argument, while it is not nonsense IMO, it is not necessarily a bad thing either. If standing up for things like inclusion and basic rights is being political, then so be it. No matter how much we want politics out of sport, their paths will always cross.
Meanwhile at the other extreme there is a premise that if you are for the ban, then you are a bigot/TERF/transphobe.
In reality, this of course does not apply to all by a long shot, but it definitely does for many of the opinions I have seen expressed. It's hard to deny there is a significant group which clearly doesn't care a jot about women's safety nor sport nor anything else but their own anger and hatred, and the abuse we're seeing in this debate is a fraction of what happens online outside rugby.
So this is why my opinion lands firmly on the "no ban" side. Of course we can talk about safety, of course we can recognize that this is an issue which needs to explore individual cases and scientific data and other such things.
I just don't understand why it all had to be framed as a vote on a certain date to ban certain people, surely knowing the type of attitudes and attacks it was going to bring forward? If anything can be described as "political" in a negative sense, it's that decision.
There are of course many, many figures in the ruggersphere that are far more qualified to talk about the specifics than I am. I just hope that not only can this issue be resolved rationally in the real world, but also that in future similar ones are approached with greater sensitivity. JLP
PS This post was originally written as a Twitter thread but I prefer to express longer thoughts in the form of an article so I transferred it here - cynics might say I "just wanted the clicks" but for this I'm happy to let them think that if they must.
at July 30, 2022