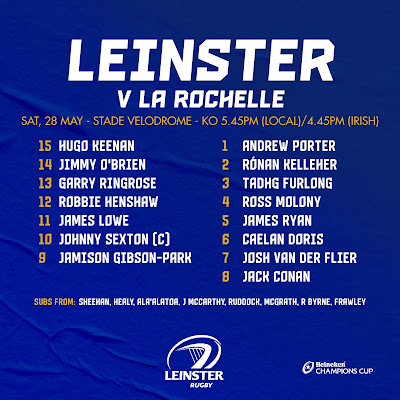 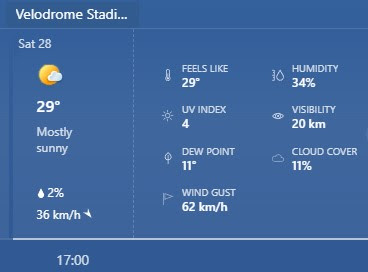 PREDICTION
On our podcast during the week I spoke to a panel of Leinster fans and I think the best way to describe their take on the match is that they struck a perfect balance between "quietly" and "overly" confident.
For the most part they said they really don't care what kind of margin we win by, just that we do, and I have to say I'm in complete agreement. But if put on the spot to predict a winning margin, which I guess this category kind of does, I'd go a little under the bookies' prediction of 11 points and say we can do it by 6-8pts.
If we can manage to really click on the day, that could be more, but this wonderful game has so many variables which can go wrong that I'm actually starting to doubt myself so I'd better move on to the next heading before I make it even lower!!!!
WHERE TO WATCH
Obviously I'd LOVE to be heading for Marseille as I type this and all the pictures from terminals and buses and such on social media is giving me major FOMO but then again I'll be happy enough when seated with a group of friends in front of a big screen come kick off time. I'm normally not too fussy about broadcasters but I think my order of choice from the selection would be VM>CH4>BT.
GET INVOLVED IN THE DISCUSSION
As always I'll be tweeting throughout the match so throw in your two cents as well and also at the full time whistle head on over to the Facebook page and leave your thoughts. Hopefully they'll be happy ones.
Right, that's about all the re-match harping I can do. Exactly 24 hours left to kickoff as I type this sentence. It can't go by quickly enough. See you on the other side!!!! JLP
La Rochelle : 15. Brice Dulin, 14. Dillyn Leyds, 13. Jérémy Sinzelle, 12. Jonathan Danty, 11. Raymond Rhule, 10. Ihaia West, 9. Thomas Berjon
1. Dany Priso, 2. Pierre Bourgarit, 3. Uini Atonio, 4. Thomas Lavault, 5. Will Skelton, 6. Wiaan Liebenberg, 7. Matthias Haddad, 8. Grégory Alldritt (c).
Replacements: 16. Facundo Bosch, 17. Reda Wardi, 18. Joel Sclavi, 19. Romain Sazy, 20. Remi Bourdeau, 21. Arthur Retiere, 22. Levani Botia, 23. Jules Favre.
Heineken Champions Cup 2021/22 - FINAL
Saturday, May 21, 2022
Kickoff 5:45pm
Stade Vèlodrome, Marseille
Referee: Wayne Barnes (England)
AR1: Matthew Carley (England)
AR2: Christophe Ridley (England)
TMO: Tom Foley (England)
Broadcasters: France 2 / beIN SPORTS / BT Sport / Channel 4 / Virgin Media / Sky Italia
at May 27, 2022