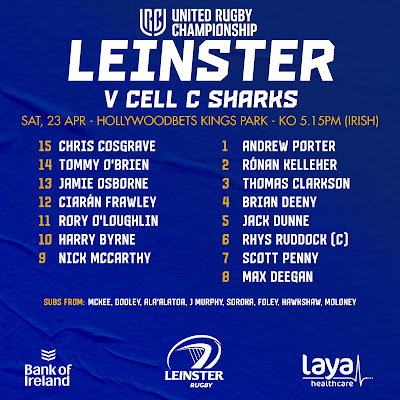 There has been a lot of good news about the URC during the week...first the was a report in the SA press that plans could be in the works for a Division 2 of the URC and also there a graphic posted on Reddit with a possible format.
(Just to be clear - I know that graphic is full of typos so could well be fake but I actually do like the concept of it, that's why I'm sharing it. Plus, if it is fake it's a really niche market to go to that much trouble for IMO.)
There was also the reveal of the new trophy, and we were all having a bit of fun with the design on Thursday, as you do.
Most significantly there was the end to the confusion over the destination of the inaugural Grand Final of this new competition. Again the rumours came from the SA press and they suggested that in order to help promote the competition down there, they might host the final, which would surely only make sense if at least one of their teams qualified for it.
In the end common sense prevailed and the league announced the final would be hosted by the highest-ranked team from the league phase which is particularly good news for Leinster who go into the final three rounds with a 10-point lead at the top (11 if you assume the margin of 159 in the points difference column won't be caught).
What this means for Leinster is that we "only" need 5 points from our final three matches to clinch that first place, a number which gets smaller every time Ulster drops points themselves in that time (which could make us shout for Munster at the Kingspan on Friday night? 🤔).
**********
UPDATE AFTER FRIDAY NIGHT MATCHES 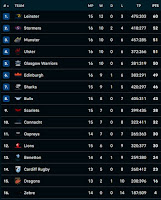 Quite an eventful Friday night - Munster's win in Belfast wasn't exactly expected, especially so comfortably, a result which meant the Stormers' BP win over Glasgow catapults them up into 2nd place, which in turn means Leinster's required amount of points has now dropped to 3. For those following the "Irish Shield", Leinster now need just 2 points to be mathematically certain. Edinburgh are also still very much in the playoff picture - whatever about expecting more than a 3-point win at home to Zebre, they still got the full 5 points which at this time of year is all that matters.
**********
Anyway, whatever the state of our season, this trip down south was always going to be a daunting one so let's have a look at how the boys in blue are set up shall we...
BACKS
Obviously Friday's news that Robbie Henshaw has signed to remain with Leinster & Ireland through to 2025 is brilliant, but when it comes to the province's immediate needs, our hopes of returning to the northern hemisphere with some match points would seem to rest with the trio of Harry Byrne, Ciaran Frawley and Jamie Osborne.
Much has been said about the battle among the forwards, and indeed more will be said in the next section, but I reckon if this trio can play to their potential for a full 160 minutes over the next two weekends, both with and without the ball, then it will definitely bode well for us.
The axis would have had more game time together during the Six Nations but for injuries and this tour represents an opportunity for them to train for two full weeks in a squad where they aren't in anyone else's shadow, confident they are the starters.
Elsewhere Nick McCarthy will also be keen to impress without Luke and JGP around, and in the back three there is good finishing power on the wings in ROL & TOB with Chris Cosgrove making his first start in blue at 15.
FORWARDS
We always knew it would be a battle in the forwards, but that said, a 10-point cushion plus an imminent knockout visit to the Premiership leaders would force any team to look to rest some players. Clearly it's great to see Porter and Kelleher in the front row and that back row of Ruddock, Penny and Deegan saw a lot of game time during the Six Nations. But nobody can deny we're going to Durban with an inexperienced second row and a lot rests on the displays of Messrs Deeny & Dunne.
But for this we have to put faith in our coaches. This brains trust knows how to get results and would have been preparing for this trip for a while. On a day when many expect us to get "beaten up in the front five", for once Leinster are going into a match with a relatively low bar to clear. Parity in the set pieces would certainly be a good achievement but I'll be looking for this pack to shoot for more.
BENCH
6/2 split on the bench makes perfect sense, more academy call ups here with John McKee set to make his debut, but Alex Soroka and Martin Moloney have done well in the past when given the opportunity and will be looking to put in strong final quarters. As for the backs in reserve Foley and Hawkshaw, no disrepect is meant to either but the hope would be that neither will be required as we will need as much time as we can get from our starting selection to remain competitive.
OPPOSITION

In my chat with @HarpinOnRugby he mentioned that Leinster fans felt they had struggled in European competitions of late because they have come up short against teams that beat them up front - so wanted more of that type of challenge in the URC… ask and ye shall receive fellas!

As you can see from the above tweet, I had an excellent source for an opposition view on the podcast during the week. He explained just how difficult an assignment this will be for Leinster, and it would have been even had we travelled with a stronger squad.
The Sharks may no longer have arguably the world's best 13 in Lukhanyo Am anymore but there are still a ton of quality Boks to choose from in the likes of Nche, Mbonambi, Kolisi & Mapimpi and they also include in their pack the gargantuan lock La Roux Roets, coming in at a shade under 22 stone.
However - for all the impressive names on their list, Edinburgh showed they can be beaten at home and like I said earlier, if we come prepared to face the physical battles and make the most of our chances, this may not be the foregone conclusion some are making it out to be.
PREDICTION
At the time of the Leinster team being named the bookies had the spread at a 4-point home win. I expected that to move quite a bit yet at time of writing it had only moved to 5. On paper I would actually be happy enough with a losing BP but obviously you don't want to be thinking like that at kickoff time.
I honestly do believe there is a path to victory there for us but I suppose what we have to do first is deal with the physicality issue everyone is harpin on and see how we go from there. My own prediction probably has to land somewhere around where the bookies are, maybe 6-8 points for the home side.
GET INVOLVED IN THE DISCUSSION
As always we will be giving our thoughts throughout the match on twitter, then at the full time whistle I'd hope you could head on over to our Facebook page where you will be free to leave your thoughts. Here's to an overall weekend where Leinster get ever closer to landing that top seed in the quarters and also best wishes to the Women's team on their Six Nations challenge at Welford Road. JLP
#FromTheGroundUp 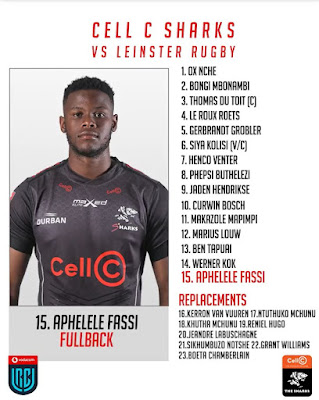