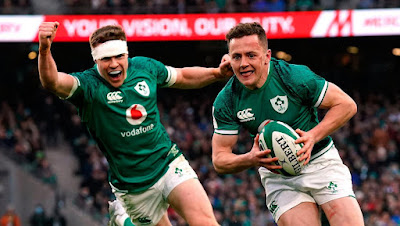 Always a shame when a quirk of the Laws creates a situation like this, but it is what it is and we have to maximise the advantage we take from it. Just need to keep things simple and the scores should come. Wouldnt hurt to rule out those offside penalties too. #IREvITA