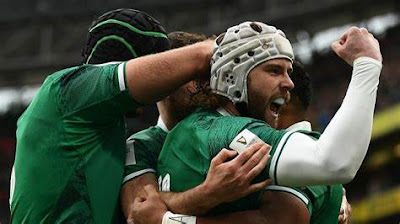 Happy with the 0, not so happy with the 10. We're winning most collisions, and although the Welsh D improved towards the end, it's mostly our own mistakes keeping our score down. Doubt the conditions will improve so it's vital we adapt enough to make visits to 22 count #IREvWAL