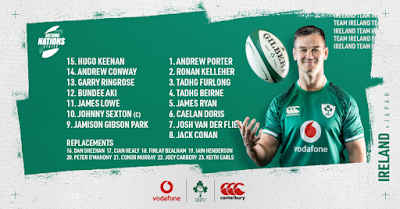 Why oh why oh why are we obsessed with where the selected players came from? Not just fans at it either, media doing it too. Province. Country of birth. Even schools being broken down on my timeline.

It's Ireland. We want them to win. That's the talking point.

I really don't want to start my preview on this topic but I feel I have no choice. The main reason I'm reluctant, as I was to post that tweet Thursday evening, is because it exposed me to a response along the lines of "Well, of course you'd say that, you're a Leinster fan".

Apparently we have forgotten the debates that used to go on towards the end of the "noughties" whenever an Ireland team was picked that was Munster-heavy. Then it was Leinster fans crying foul and the "argument" was "backed up" by the fact that the coach hailed from Cork himself. That feuding was boring then and it's boring now, although these days there's the extra garnish of "elitism" thrown in to the accusations of bias for good measure when a selection has mostly Leinster players.
Now to be clear, it's not that I'm trying to say we shouldn't be discussing this ever, whether it's right or wrong. Sure this is the internet and debating all sorts of things is kind of what goes on here.
All I'm saying is that maybe, just maybe, those of us who call ourselves fans of the team first and opinionistas second can stick a pin in that nasty narrative for the very short space of time between the announcement of a matchday squad and the full time whistle?
Because the more we shout and whinge about provincial ratios within a team, or how many were actually born in Ireland, or trawling through Wikipedia pages to work out what schools they all went to, the more we make it look like we want the team to fail to prove us right, which says more about us as "fans" than it does about, well, anything else really.
I'll leave this thread from Three Red Kings here to offer a different angle of the same overall point...

I think there’s a tendency to look at a teamsheet with 12 Leinster starters in it and, instead of thinking about them as Team Ireland, you think of the worst griefer you know crowing in the comments or launching septic “banter” your way on Whatsapp. 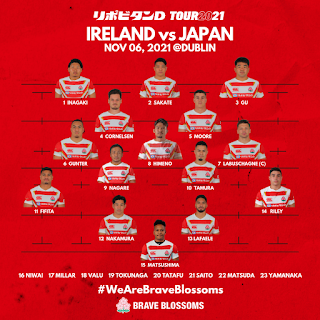