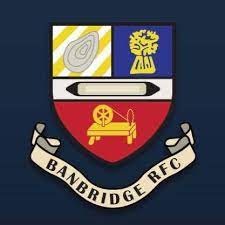 This week, we will dip into Division 1B of the All Ireland League and into County Down to look at a club very much on the rise in Banbridge. The Down men played their first ever game on January 2nd 1926, falling 0-6 to Newry. The side was largely made up of ex Banbridge Academy players after their headmaster WJ Warren had introduced the sport to the school almost a decade previously.
After some mixed results in friendlies, Bann officially joined the Minor League for the 1926/27 season and opened with a 0-17 defeat against Portadown but completely flipped the script in the reverse fixture, winning by exactly the same score. They finished that first season with 12 wins, 8 losses and 2 draws which was enough to enter Junior rugby the following season where they fell to Newry again in their first taste of Junior Cup action.
By 1933, the club had worked its way to Division 1 of Junior rugby in Ulster and went on a ten-game winning streak which was ended by Armagh. However, revenge was sweet just a fortnight later as that same opponent were dismissed in the Towns’ Cup semi-final. On Easter Monday 1933 at Ravenhill, Bann defeated Portadown in the final to bring the biggest trophy in Junior rugby back to County Down.
The club established itself well in the 30s but struggled to regain that footing following the Second World War. In the 1945/46 season, Bann fielded only one team and, despite reforming the 2nd XV in 1947, it is noted that they rarely fielded a full team.
After hitting a real low in 1949 with both funds and playing numbers dwindling, the club miraculously was able to field four teams by 1955. The following season saw narrow defeats in the Towns’ Cup and Past Players’ Cup finals to Portadown and Lurgan respectively but Junior League 1 was won for the first time.
Despite this success and the club seemingly moving in the right direction, the 1960s was a decade not best remembered for Banbridge. The minutes from the 1961 AGM reported that, at times, there were single figures at training and many games had to be called off due to low numbers. This saw the 1st XV plummet to Junior League 4 before the end of the decade as the club’s violently fluctuating fortunes continued.
From this trough then the club rose again like a phoenix from the ashes with the 1st XV getting a foothold again and a 3rd XV being formed in 1972. Three years later the 1st XV were promoted and then again in 1980 as the Bann men began to rise through the ranks. By this point, there were five teams at the club and this has remained the case to this day with six senior teams togging out in the navy, gold and maroon.
The 1980s saw Bann return to Ravenhill for the first time in nearly three decades against the odds. They reached the final of the 1984 Towns’ Cup as a section 3 side after disposing of Division 1 sides Ballyclare and Coleraine before being edged out in atrocious conditions by Omagh in the final.
The end of the decade saw two of the most momentous moments in club history with the Towns’ Cup being taken back to Rifle Park for the first time since 1933 after a 9-6 win in the Easter Monday showdown over a Colin Jones-captained Antrim. A year later came the club’s first Junior Cup triumph after a victory over the RUC which was inspired by future Ulster, Ireland and Lions man Tyrone Howe. 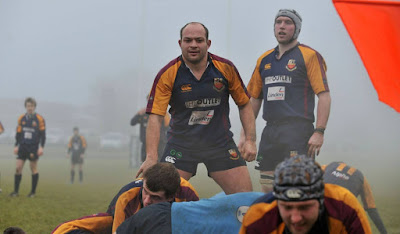 Howe is not the only international to come through the ranks at Banbridge with one of the most famous families in Irish rugby history having honed their talents on Arderys Lane – the Best family. Older brother Simon debuted for Ireland at the 2003 World Cup before captaining Ulster to their historic Celtic League title in 2006 while it would be fair to say that younger brother Rory has had quite the career in both white, green and red.
The hooker has an astounding 124 caps for Ireland and is the most capped forward in Irish rugby history, sitting third all-time behind only Brian O’Driscoll and Ronan O’Gara. Rory replaced Simon as Ulster captain in 2007 and held the honour right up until his retirement in 2019. He also toured with the Lions in 2013 and 2017. He is truly one of the all-time greats of Irish and world rugby and a proud Banbridge man.
The 90s saw the club dominate Junior rugby in Ulster with three successive Qualifying league victories between 1992-95. However, first Ballynahinch and then Omagh were admitted to the fledgling AIL before the Bann men. 1998, though, was another historic year at Rifle Park as success in the round-robin tournament against Naas, Monivea and Midleton saw Banbridge enter the All Ireland League for the first time – and they have never left it since. Much of this success was credited to the formation of a youth section at the club in 1993 as it gave some much-needed structure.
Banbridge currently reside in Division 1B of the All Ireland League – their highest ever position – after winning Division 2A in 2017. More recent internationals from the club include Eric O’Sullivan and Luke Marshall while Rob Lyttle, Michael Lowry, James Hume and John Andrew amongst others have followed the likes of former club captain Ian Porter in donning the white of Ulster.
Director of Rugby Andy Duke and Head Coach Mark McDowell will be hoping to guide their young, exciting and talented side to the very top table of Irish club rugby and there are plenty who would not bet against it.
For more information check out the Banbridge RFC website here
Links to previous profiles...
Clontarf RFC, Dublin University, UCD, Lansdowne,
Terenure, St Mary's, Blackrock, Old Belvedere,
Cork Con, Buccaneers, Ballymena RFC
Garryowen, Old Wesley, UCC RFC
Mark Strange (@realmarkstrange) : I am a freelance sports writer who has been published in soccer, rugby and baseball. I am also an avid fan of ice hockey and just returned last year from a year living and working in Vancouver. I previously played and was PRO for Randalstown Rugby Club before a knee injury cut me down in my prime! I became a Leinster fan when I was younger due to a certain Felipe Contempomi and I am the only blue in a sea of white in Ulster.
*****
Want to see your own rugby opinions on the web?
Click "Write for us" in the sidebar to find out how.