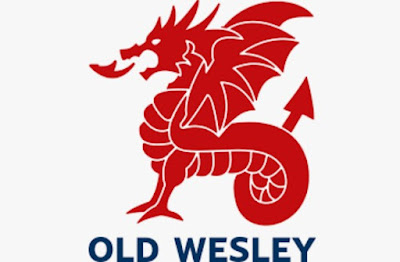 This week, we take a look at one of the two clubs that call Donnybrook home and that is Old Wesley. Wesley was formed in 1891 and won their first trophy in 1894 after losing the Leinster Junior Cup final 0-3 to Blackrock. Losing you say? Blackrock were disqualified after fielding ‘an unfair team’. The year later, however, the club retained the title after beating RIC and both sides fielded fair teams! The following year, the club became a senior club.
At the turn of the century, George Hamlet became the first Wesley man to earn an Irish cap in 1902 and he was followed in the early 20th century by Henry Anderson, Jack Moffett, Charlie Adams and the wonderfully-named Disney Gray. Gray would later go on to serve as president of the Leinster Branch while Hamlet went one step further as IRFU President.
The club’s first Leinster Senior cup success came in 1909 beating old foes Blackrock 8-6. They would have to wait until 1985 to bring the cup home again, however. Donnybrook became home in 1919 when rugby started up again following the Great War. 1933 saw the club embark on their first tour when they visited Liverpool and Southport and returned to the latter along with Bury four years later. The outbreak of war again saw some Wesley players tog out for unofficial Irish wartime teams, most notably Austin Carry who played against a British Army XV.
In 1946, there was some silverware brought back to Donnybrook with the capture of the Evening Mail 7-aside competition and two years later, the club was in rude health fielding six teams, forcing the club to acquire new grounds at Brewery Road in Stillorgan to supplement Donnybrook.
Moving forward to the swinging 60s and that is when the club adopted their now-famous colours of the white shirt and red band with navy shorts. A year later, both the 1st and 2nd XV were bridesmaids as the former lost in the final of the Collegians Festival in Belfast while the latter were runners up in the Junior League, losing out to UCD.
In September 1972 the club’s pavilion at Donnybrook was extended and opened with a game against an International XV and in 1975, arguably the club’s most famous player made his Ireland debut – Phillip Orr. Orr would go on to win 56 caps in green – a record at the time for a prop - and was selected for two Lions tours in 1977 and 1980. He was the club’s only Lion up until last week when Andrew Porter was selected by Warren Gatland for this year’s tour to South Africa.
In the same year that Orr debuted in green, it was the IRFU Centenary Year and Wesley made the Senior Cup final only to lose out to St. Mary’s. A decade later, the club defeated Wanderers to bring home the second Senior Cup in history and the first in 76 years. Towards the end of the decade, Wesley had a running battle in the All-Ireland floodlit cup against Bangor in what was a precursor to the upcoming All-Ireland League.
In the first season of the AIL, the men from Donnybrook won Division 2 to earn promotion to the top table of Irish club rugby. In the same year, they were runners-up in the Senior Cup to Blackrock but it would be fair to say that the 1990/91 season was a success all around. The following year, the afore-mentioned Orr became President for the club’s centenary year and they became the first Irish club side to defeat the Barbarians.
Clubman Chris Pim captained Leinster to the semi-final of the inaugural European Cup in 1996 after Henry Hurley was part of the Ireland squad that travelled to South Africa for the World Cup the previous year. After sustaining their position in Division 1 throughout the decade since their promotion, the club suffered relegation back to Division 2 in 1997. They briefly dropped down to Division 3 but were promoted straight back before the turn of the millennium.
However, 2002 saw relegation back to the third tier where they remained until 2009. The 2014/15 season was one of the greatest in club history with success the entire way through the teams. The 1st XV won Division 2A in the newly-reconstructed AIL and the 2nd XV won Metro League 2 and the 4th XV victorious in Metro League 7. Meanwhile the 3rd and 5th XV were narrowly defeated in cup finals.
The 1st XV remain in Division 1B and are arguably having one of their most consistent periods in their recent history. Since their promotion six years ago, they have reached the promotion playoffs twice and are a consistent performer in the second tier. Having sat second in the division prior to the enforced stoppage, club captain Iain McGann will be hoping to leaf his squad back to the playoffs and over the hump into the top tier once again.
For more information check out the Old Welsey website here
Links to previous profiles...
Clontarf RFC, Dublin University, UCD, Lansdowne,
Terenure, St Mary's, Blackrock, Old Belvedere,
Cork Con, Buccaneers, Ballymena RFC, Garryowen
Mark Strange (@realmarkstrange) : I am a freelance sports writer who has been published in soccer, rugby and baseball. I am also an avid fan of ice hockey and just returned last year from a year living and working in Vancouver. I previously played and was PRO for Randalstown Rugby Club before a knee injury cut me down in my prime! I became a Leinster fan when I was younger due to a certain Felipe Contempomi and I am the only blue in a sea of white in Ulster.
*****
Want to see your own rugby opinions on the web?
Click "Write for us" in the sidebar to find out how.