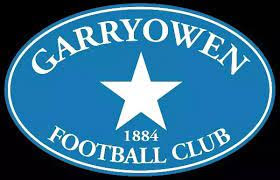 Another of the most fabled clubs in Munster and Ireland rugby is the side from Dooradoyle – Garryowen. The club has a rich history which dates back to the late 19th century. The club was a result of a meeting led by aldermen Mike Joyce and Tom Prendergast in 1884 on Upper Cecil Street in Limerick. The club was named after the famous Garryowen district in the Treaty City and the club’s five-pointed white star on their crest represents the five medieval parishes of Limerick – St Mary’s; St Munchin’s; St Michael’s; St Patrick’s and St John’s.
The name Garryowen itself stretches back to the 12th century and relates to the Knights of Templar whose house in Limerick was dedicated to John the Baptist. The name is famous the world over as a link for Irish exiles and for the city and county of Limerick. The 7th Cavalry of the United States army’s marching song is ‘Hurrah for Garryowen’ while during the Great War, the Munster Fusiliers cried ‘Up Garryowen’ as they went into battle.
On the pitch, the club has won a staggering 39 Munster Senior Cups – more than any other side. Their most recent win was in 2018, almost 130 years since their first success in 1889. This was followed by a third All-Ireland Cup victory in 2019 meaning that they are still the holders. The light blues have won three All-Ireland League titles, most recently in 2007 but are always in and around the very top of the table and are consistently one of the heavy hitters. 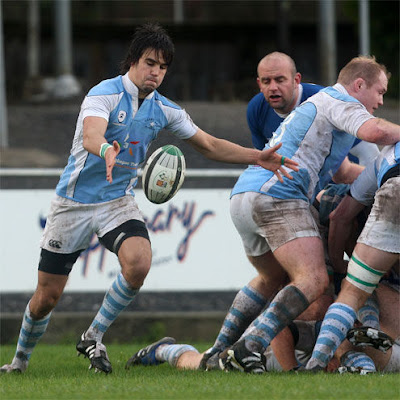 Not only is the club name synonymous with Irish exiles but also a commonly-used piece of rugby lexicon. The ‘Garryowen’ kick aka an up-and-under was nicknamed as such because of its usage by the great Garryowen sides to great effect in the 1920s. There are not too many clubs in Irish rugby who have made such an impact on world rugby like Garryowen.
In the early days of the club, the O’Connor brothers were stuff of lore. There was a grand total of SEVEN siblings who togged out for the side, winning 47 medals between them. More recently, the club has produced notable internationals such as Connor Murray and Andrew Conway who were in the 2021 Six Nations squad. Others who have worn the green of Ireland after the sky blue include Tony Ward, Keith Wood and Wallace brothers, David and Paul. All of those as well as Murray have donned the red of the British and Irish Lions plus the likes of Tom Reid, Mick Doyle and Rob Henderson.
The club has the distinction of having produced a player for every position for Ireland and continue to produce players of such a high level that they will undoubtedly be challenging at the very top again when All Ireland League rugby resumes. The hope is that there will be more silverware brought back from Dooradoyle and more pride brought to the Garryowen name.
For more information check out the Garryowen website here
Links to previous profiles...
Clontarf RFC, Dublin University, UCD, Lansdowne,
Terenure, St Mary's, Blackrock, Old Belvedere,
Cork Con, Buccaneers, Ballymena RFC
Mark Strange (@realmarkstrange) : I am a freelance sports writer who has been published in soccer, rugby and baseball. I am also an avid fan of ice hockey and just returned last year from a year living and working in Vancouver. I previously played and was PRO for Randalstown Rugby Club before a knee injury cut me down in my prime! I became a Leinster fan when I was younger due to a certain Felipe Contempomi and I am the only blue in a sea of white in Ulster.
*****
Want to see your own rugby opinions on the web?
Click "Write for us" in the sidebar to find out how.