The Irish Women's team - how can fans help?

HOW CAN WE HELP?

My plan was to give the Ireland v France match the "full Harpin treatment", ie cover it exactly as I would the men's team. There was a preview on Friday, I'd tweet during the match, collect opinions after the fulltime whistle which I would then share in a post on the Sunday, and finally this writeup on the Monday.
But as the match wore on it dawned on me - is this really helping? If I left my scheduled Facebook post asking followers to "Feel free to leave your thoughts..." to publish on time would that be guaranteed to provide the constructive debate we usually get each weekend after the Leinster & Ireland men's teams play?
Now to be clear, I wasn't asking this because I saw the scoreline as a disaster that wasn't worth commentary, far from it. My personal impression from the 80 minutes was that this was the same starting XV which won convincingly in Cardiff just seven days before, they opened the match with the same will and determination and managed to get the first score on the board, only to just lack the required accuracy to keep the momentum going and ended up getting punished by a squad which had a lot more rugby in their legs.

"We played into the French hands by trying to move the ball too quickly, by not being set. Our accuracy in the breakdown when we’re challenged by a world-class team let us down." - Claire Molloy
"I must say, the gap wasn’t huge. If we tighten up a few areas, I’d like to see us go forward and we’ve next weekend and we can show that." - Ciara Griffin

Those post match comments from senior players in the team perfectly reflected what I saw. There were many positives from them throughout the match, and not just in that opening spell. When we played with accuracy, there were good outcomes, and our two tries off set pieces showed that. Plus with players like Stacey Flood impressing off the bench, we showed that while our depth may not have been as strong as our opponents', we still definitely had it.
But would the wider viewing public feel the same? Or could they bring themselves to see past the scoreline and at least try to talk about a glass that's half full?
So I cancelled the Facebook post and just monitored the online reaction myself privately as the weekend wore on, and I also realised that penning a match writeup exactly the same way I do week in week out on these pages probably wasn't going to help all that much either.
Then on Sunday morning I came across the tweet thread you see below (reproduced with permission of the account owners btw)

"Women's sport has come a long way in recent years.  In particular, the popularity of women's rugby has grown hugely.
5/6 years ago on SM 80% of the chat about women's rugby was negative. It was largely abuse, misogyny dressed up as a "joke" all from non-fans.
Nowadays it's 80% support. People who love the sport, who've taken the time to get to know the women's game. True fans of the team.  The game is now getting incredible media coverage. The women are getting some of the exposure they deserve. Our game is being celebrated.
But unfortunately there is still that 20% of abuse. I'm sure it doesn't sound like much, and the men get online abuse too when they lose, none of it is ever ok.
But what stings when it's comes to the women's game is this:
As female athletes, their womanhood is the target.  The abusive comments are always dripping with misogyny. Everything from comparing their standard to men's or teenage boys, to telling them to get back in the kitchen to comments on their sexuality.
Often the abuse is dressed up as "genuine criticism".  Let me tell you unequivocally, that when you've seen it for years, you see through it.
The abuse comes from men 99% of the time. It comes from men who hardly know the game and know even less about the women's side. From men who are silent when we win and loud when we lose.
It's not ok. Sexism and misogyny aren't acceptable. The players see it, and no matter how thick skinned they are, it still hurts. Because they've fought this misogyny all their life, just to get to play sport at this level.  Even when they've "made it" it's still there. Always.
Telling fans or players to "ignore it" solves nothing. It doesn't lessen the impact of what is said. It doesn't make it easier to see the abuse. And it doesn't do anything to stop the abuse.  It needs to be challenged. The positivity needs to get louder, drown it out.
As supporters, the 80% you're already doing so much of that. You're shouting louder. You're offering unyielding support. You see the negatives as opportunities to improve  and the positives are celebrated.  As supporters, whether you know it or not, you are countering the abuse.
You do so with positive support online, by clicking into articles about the team, by listening to podcasts and by buying jerseys.
Thank you for your positivity. Thank you for your support.  Onwards to SATURDAY!"
@IrishWomens - Irish Women's Rugby Supporters Club 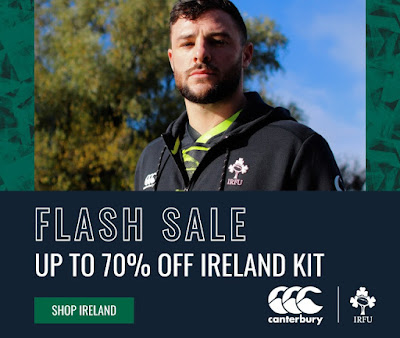