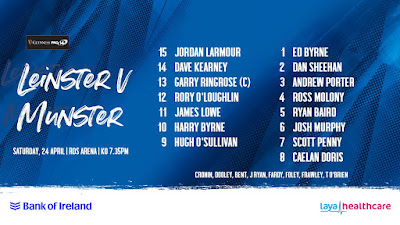 First a bit of harping on the competition itself.  On the podcast during the week there was consensus on our panel that as rugby silverware goes, this one has about as much recognition factor as the majority of trophies doled out between particular test nations, Bledisloe and possibly Caclutta of course being major exceptions.

And that was back when we had the assumption that the competition was going ahead as originally planned - less than 24 hrs after we recorded, it was confirmed that the South African teams were unable to travel which meant there would instead be north and south versions.

The discussion since then has been interesting.  Obviously the first wave is going to involve complaints directed at the league itself.  Then, the second one sees those pointing to the nuance of the current situation with the pandemic and all that.  Guess what - I reckon they both have a point.

In this situation, I don’t think it’s fair to link the complaints to ongoing #ItsThePro14sFault narrative.  That’s something different altogether which originated by a pocket of Welsh Twitterati (though not limited to there) who were never going to accept the league whether it was affected by COVID or not.  And I have called out this whenever I’ve seen it.

However, as fans of the league we have to be wary that the hashtag isn’t used as a shield against any form of criticism we may have.  For example, I have mentioned before on these pages that Ulster have had all kinds of bad luck over the years and it definitely affected them the most when the league chose to abandon the playoff format in place at the start of the season for a one-off final.  Few would doubt that they would have been well capable of reaching a second successive final had it been retained.

Obviously all of us who keep in touch with the game week in week out appreciate that the changes were made because of the financial benefits of a cheque from the SARU and thankfully as things turned out, those benefits are still in place despite the alterations.  But I still contend the chopping and changing didn’t look good and that it’s ok for us to point it out.

Anyway...whatever about how we feel about the league or indeed the Rained Out Cup, the match in question is Leinster v Munster so we really shouldn’t need any subtext to get excited about watching it.  And just for good measure, there is still a whole load of extra subtext left over for us to ponder.

When it comes to the Leinster lineup, there’s the more than welcome return from long term injury of several key players, with Caelan Doris definitely the most eye-catching of the starting XV.

I’m sure I’m not the only one who feared we may not seem him on the pitch again this season, and his absence was extra unfortunate because despite the form of Toby Faletau I’d have loved to see Doris have a full Six Nations to give the Welshman a run for his money in the race for the Lions 8 jersey.  But if he’s back up and running it’s definitely a good sign and being able to bring him to La Rochelle will do us no harm whatsoever.

Another massive returnee is Garry Ringrose.  It has been interesting to see how many different names we have tried wearing 13 in his absence (even Ross Byrne) because that only underscores the fact that he is nailed on in that position and with good outings this week and next, should also put himself in Gatland’s view.

Obviously with the Euro semifinal in mind I wasn’t expecting a full strength matchday 23 from Leo & co and when you pull back from the big name returnees you can see we have that match in mind.  That said, a back three of Lowe, DK & Larmour suggests we’re not going out there for a training exercise.

So to give those lads a chance to employ their considerable finishing talents, we need to rely on a half back pairing of Hugh O’Sullivan and Harry Byrne, who must test themselves against Murray & Carbery.  It’s a massive challenge for them both but have we not lost count of the times over the years have we seen players up off the assembly line rise to similar ones?  And even without Henshaw, Rory O’Loughlin can still provide plenty of power on first phase.

In our pack, your eyes are first drawn to the bench; who wouldn’t love to be able to add the likes of James Ryan and Scott Fardy to the mix late on and also it will be another massive shame of the lack of crowds that we won’t be able to give a massive cheer when Michael Bent takes to the field after his recent announcement.

But the starting 8 is far from shabby in itself.  Scott Penny is another returnee from the treatment table so what an opportunity for him to show he’s ready for the big occasions.  Same could be said for Dan Sheehan at hooker.  But it’s in the engine room the stage is set for Ryan Baird who no doubt will want to impose himself on the contest before the bench beef is introduced.

As always, the key for Leinster will be in defence.  Munster’s starting XV is pretty much full capacity and with all that has gone in our last meetings, their number one objective will be to throw our tackling cordon off its rhythm at every turn, making as much hay as possible in the process.  They will surely need a decent amount of early scores and may see our 10/12 channel and no doubt the good old fashioned Murray bombs as ways of getting them.

Common sense suggests Munster have to be favourites.  I meant look at that lineup.  Look at the recent history.  Look at the respective motivations in weeks ahead.  Yet the bookies say otherwise, putting us 5 points clear at time of writing.

Well I’m a Leinster fan so of course I’m going to agree, but if we are to prevail it may be the defensive performance of our bench that seals it for us, particularly the backs with former St Gerards 9 Cormac Foley slated for his senior debut and Ciaran Frawley and yet another from the injury list Tommy O’Brien set for cameos.  If we have a lead to hold on to in those closing stages, their contributions will be crucial.  I reckon we’ll get through by 2-4pts.

So all in all despite the reservations about the particulars around the fixture, and not to mention the possible fatigue from playing the same opponents for the fourth time since last August, we have plenty to keep us interested for Saturday night.  Enjoy the match as always, follow me on Twitter for thoughts during the match and also be sure to leave your own on the Facebook page after full time.  JLP

PS - Best wishes of course to the Irish Women who face Italy in a Six Nations 3rd place playoff at noon on Saturday.  Be sure to tune in and give them all the support you can!!! 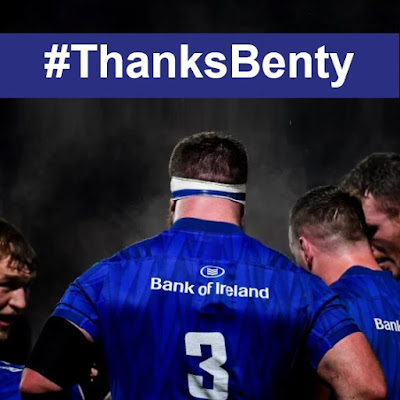