We travel south for our next club profile in the shape of one of the figureheads in Irish club rugby – Cork Constitution. While many clubs around Ireland were formed off the back of schools, ‘Con’ have an extremely unique founding story. The staff of the Cork Constitution newspaper needed something to do on their Saturday off and, after forming a cricket club, needed a winter pastime and a rugby club was proposed and founded in 1892. Arguably the key man to the founding of the rugby club was David Kilroy.
While their beginnings were basic, they outlasted many other clubs which came and went at the end of the 19th century and became the leading light in Cork rugby. 1897 saw the club enter the Munster Senior Cup and find a new home at Turner’s Cross where they would stay until 1904. This venue is, of course, now synonymous with the city’s soccer club. Edward McCarthy would become the club’s first international in 1898 lining out against Wales in Limerick.
The first year in the 20th century saw Constitution break new ground on two occasions. Firstly, when they travelled to Dublin to take on Old Wesley and returned with an 8-6 victory and, later that year they set off on a tour to Wales. In 1901, they reached their first Senior Cup final but were defeated by Queen’s College, who would be quite the nemesis over the coming years.
In 1904, new grounds were acquired at the Mardyke – now home of UCC - which were shared with Cork County FC. A year later, Queen’s College were defeated 11-3 for the club’s first ever Munster Senior Cup success. The following year, it was retained in the second year of a ‘three-peat’ along with another four trophies. This was a staggering haul and remains the most successful year in club history. Oliver Piper then became the club’s first Lion when he toured South Africa in 1910.
After rugby was halted due to the Great War and Irish War of Independence, there were a few changes around the club. Club captain HC McGrath perished at the Somme while, in 1923, The Constitution newspaper ceased publication and one of the founding fathers of the club, HL Tivy stood down from the Presidency – a role he had occupied since the formation of the club 31 years previously. This new era in Ireland was one of change in rugby circles too as new clubs such as Sunday’s Well, Dolphin and Limerick Bohemian were founded and Con went through some barren years.
The sad passing of former club, Munster Branch and IRFU President Jimmy Musgrave in 1938 meant that when the IRFU acquired a new rugby ground in Cork, they named it in his honour. The club’s Golden Jubilee was celebrated in 1942 and was marked with a Munster Senior Cup victory after a 9-3 win over their new landlords UCC. The cup was won twice more in the 40s while clubman JC Daly scored the winning try against Wales to secure the 1949 Triple Crown and Grand Slam for Ireland.
Whenever their lease at the Mardyke was not renewed, Cork Con moved into their current home at Temple Hill in 1953. Almost 50 years since the first three-in-a-row, the club repeated the feat between 1956-58, while Noel Murphy became the first man since Piper in 1910 to tour with the Lions in 1959. There were signs of a talented squad growing at Temple Hill and this was borne out in the following decade when Con dominated the newly-restructured Munster Senior League winning an incredible seven consecutive titles as well as five Senior Cups. On the international stage, Noel Murphy was a Lion again in 1962 along with Tom Kiernan who went on to become the first Cork Con player to captain the Lions in 1968. These two, along with Jerry Murray, Anthony Horgan and Liam Coughlan were all part of the Munster side who defeated Australia 11-8 at Thomond Park in 1967. This was the province’s first ever win over a southern Hemisphere side, although most definitely not their last! 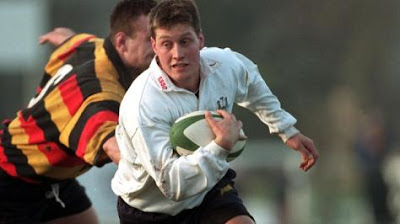 The club’s dominance continued into the early part of the 70s including a ‘grand slam’ of Charity Cup, Senior League and Senior Cup in 1972. The latter of these three was secured with a thumping 30-6 win over Garryowen at Musgrave Park. The following year would be the last of the consecutive league victories and, in 1975, Garryowen got their revenge with a 4-6 Cup final success.
There was more Con influence in the famous Munster side that defeated the All Blacks 12-0 in 1978. Kiernan was part of the coaching staff while Jimmy Bowen, Greg Barrett, Moss Finn and Chris Cantillon were all part of the squad that day. A gala game took place at Temple Hill in 1980 when a Noel Murphy-coached British and Irish Lions took on a Cork Constitution President’s XV following their tour to South Africa.
The club went on many far-reaching tours in the 70s with trips to Zambia and Kenya (1971), New York and Philadelphia (1973) and Montreal, Calgary and Vancouver (1980). The 80s saw the club grow further with yet more Senior Cup and League successes while Donal Lenihan – who joined from UCC in 1984 – captained Ireland at the first ever Rugby World Cup in 1987 and was joined by club mates Michael Bradley and Derek McGrath. The club had many-a-battle with Thomond in the Junior Cup as the two sides dominated the competition throughout the decade.
The success trickled all the way down the club as the U12 side won a tournament in France in 1990. This was notable as the side featured Peter Stringer and Ronan O’Gara. A year later, the 1st XV won the first ever All Ireland League defeating old foes Garryowen in the final. The club’s centenary in ’92 was celebrated with a Con/Old Wesley XV taking on the Barbarians at Temple Hill and the Irish side were also visitors prior to the World Cup – a competition in which clubman Ralph Keyes was top scorer.
The 90s was a tumultuous decade for rugby as a whole with the advent of professionalism and for Irish club rugby as the new AIL meant the provincial cups and leagues declined in importance. However, the 20th century rounded out with Con winning the AIL for the second time with a side that included the likes of Anthony Horgan, Frankie Sheahan, Donncha O’Callaghan and Ronan O’Gara.
The early 2000s saw the club lose four All Ireland League finals before the title was secured again in 2008 after a win over – you guessed it – Garryowen. A year later, the Munster Senior Cup was won for the first time in 30 years – the longest drought in club history. O’Gara went on three Lions tours in ’01, ’05 and ’09 and he was joined by O’Callaghan in the latter of the three. There have been numerous Con men involved in successful Munster sides since the advent of professionalism with familiar names such as Peter O’Mahony, John Ryan and Simon Zebo going on to have notable success in the green of Ireland too. Shane Daly is the most recent Cork Constitution international having made his debut against Georgia in the 2020 Autumn Nations Cup.
In the present day, the club are holders of the All Ireland League having won the competition in 2019 (and 2017) before COVID-19 forced the intermission in local club rugby. Head coach Brian Hickey and club captain Niall Kenneally will be looking to lead the squad to retain the title when club rugby gets going again and bring more silverware to the crammed trophy room at Temple Hill.
For more information check out the Cork Con website here
Links to previous profiles...
Clontarf RFC, Dublin University, UCD, Lansdowne,
Terenure College, St Mary's, Blackrock, Old Belvedere
Mark Strange (@realmarkstrange) : I am a freelance sports writer who has been published in soccer, rugby and baseball. I am also an avid fan of ice hockey and just returned last year from a year living and working in Vancouver. I previously played and was PRO for Randalstown Rugby Club before a knee injury cut me down in my prime! I became a Leinster fan when I was younger due to a certain Felipe Contempomi and I am the only blue in a sea of white in Ulster.
*****
Want to see your own rugby opinions on the web?
Click "Write for us" in the sidebar to find out how.