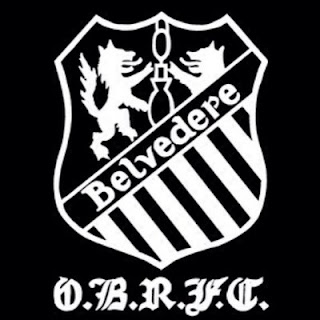 Old Belvedere Rugby Club or ‘Belvo’ and ‘The Lodge’ as they are known were formed in 1918. Like many Irish clubs, they were formed by past pupils of their school – Belvedere College. They ascended the ranks of Leinster club rugby very quickly and were accepted into Senior Rugby just a year later.
However, their demise was almost as quick as their rise and was closely linked to the Irish Republican movement. Prominent Republican Kevin Barry was a club member before his arrest and subsequent execution in 1920 and other club members were also interned during the movement. The club lost their grounds and folded in 1922.
When the club was first formed, they were an open club but when they re-formed in 1930 as a Junior club, it was open only to Belvederians. They were Leinster Junior League runners-up in the first season and won their first trophy in 1936 with the Metropolitan Cup before retaining it a year later. The club applied for and were granted senior status after that second cup win which saw former Belvedere College men George Morgan and Paddy Quinn rejoin from Clontarf. The former of these became the club’s first British and Irish Lion in ’38.
The 1940s was a golden decade for the club with an incredible run of seven straight Leinster Senior Cup victories between 1940-46 and Belvo defeated a combined New Zealand Services side in 1946. This was the first of only two defeats of a touring side from New Zealand by an Irish club side and only Munster’s famous 1978 victory over the All Blacks has come since. In the 50s, the club seemed to beat all-comers to Ireland with wins over Racing Club de France; Bristol; Leicester; Northampton and Cardiff.
The club’s current grounds in Anglesea Road were acquired in 1944 and first opened in 1949 with a stand donated from Croke Park. This stand remained until 1993 when a fire decimated the club with the clubhouse and ballroom also destroyed. The club dusted itself off, however and reopened the facilities two years later. Anglesea Road hosted an international sevens competition for over 20 years from 1971.
This was attended by outfits from the likes Loughborough University; Harlequins; Richmond and London Irish. This was a festival of rugby until 1997 when the competition was disbanded due to the fixture congestion that professionalism brought about. The Leinster Floodlit Cup was also formed and hosted by the club and ran from 1987 until the turn of the millennium.
The 70s and 80s were not exactly trophy-laden but in 1976, the club became an ‘open club’ allowing non-Belvedere College past-pupils to wear the black and white hoops for the first time since the club’s reformation 46 years before. Former RTE rugby pundit Tom McGurk and St Mary’s man Gary O’Hagan made history as being the first ‘outsiders’ to join Old Belvedere.
In total, the club has won over 80  trophies and had numerous Ireland internationals. Most notably, former British and Irish Lion Karl Mullen. Mullen captained the first Ireland Grand Slam-winning team in 1948 and toured to Australia and New Zealand with the Lions two years later. Mullen was a Belvedere College pupil and won 25 caps in green.
Other Belvo men who have won Ireland caps include Ollie Campbell; Des O’Brien; Tony O’Reilly and the afore-mentioned Morgan. More recent club internationals are Felix Jones, Fergus McFadden and Jack Conan. Old Belvedere have also had their fair share of women’s internationals, including Nora Stapleton; Marie-Louise Reilly; Sene Naopu and Alison Miller.
Current club captain Connor Owende and Director of Rugby Paul Cunningham will be hoping to add a new chapter or two to the storied history of the club from Anglesea Road whenever the club game gets going again.
For more information check out the OBRFC website here
Links to previous profiles...
Clontarf RFC, Dublin University, UCD, Lansdowne,
Terenure College, St Mary's, Blackrock
Mark Strange (@realmarkstrange) : I am a freelance sports writer who has been published in soccer, rugby and baseball. I am also an avid fan of ice hockey and just returned last year from a year living and working in Vancouver. I previously played and was PRO for Randalstown Rugby Club before a knee injury cut me down in my prime! I became a Leinster fan when I was younger due to a certain Felipe Contempomi and I am the only blue in a sea of white in Ulster.
*****
Want to see your own rugby opinions on the web?
Click "Write for us" in the sidebar to find out how.