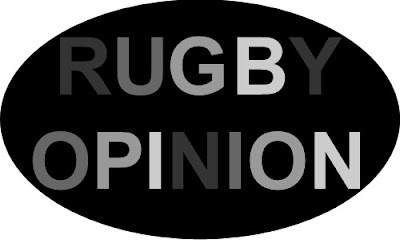 On the 24th February 2013, Ireland slumped to defeat against Scotland in Murrayfield, their 2nd loss of the 6 Nations tournament. A few weeks later a devastating loss against Italy in Rome left Ireland's tournament in tatters and Declan Kidney jobless.
Ireland’s record since then against Italy reads 11 wins in 11 games, and against Scotland 9 wins in 10 games, ahead of next weekends match.
To put it bluntly Ireland should not be looking at the game against Scotland as being anything other than a win, the fact that it is mooted as being as a “big” game is solely down to the position Ireland find themselves in.
It hardly helps when the Mourinho-esque media mutterings of Mike Catt places the blame for Ireland’s position solely at the feet of the player’s that he is supposed to be coaching. Though telling a group of players to go out and play head-up rugby and take their chances falls into the bare minimum to be expected.
One can’t but help think that Jonny Sexton’s subsequent reminder that he is not invulnerable to time was anything other than a sharp rebuke to the “continuity coaching” experiment promoted by David Nucifora. Why continue when the world has already found you out?
With two years to go to the next World Cup, Ireland yet again find themselves in a situation where they must expose younger players to the rigour of test rugby.
Ireland's closest neighbours Wales find themselves competing for a surprise slam which comes with the element of good fortune (2 red cards), but also with test level exposure in Triple Crown matches for Louis Rees-Zammit and former Ireland U19 Callum Sheedy.
Ireland however decided to put their strongest foot forward against the weakest team in the competition, putting out a squad that on better days would compete with the likes of South Africa, New Zealand and Australia. A game in which test level exposure came as 25 minute cameos for Ryan Baird and Craig Casey when Italy were already well beaten.
Ireland find themselves in a similar position to 2013, two losses under their belt, 1 win and a lot of questions being asked around the setup.
The question is does a win against Scotland, who were soundly beaten less than four months ago in Dublin, signal anything or will it only serve to delay the inevitable change that some feel is required at the top?
And that's before Eddie Jones and England come to Dublin. They find themselves in a similar quandary to Ireland, poor form and with questions around their coaching and gameplan.
England however will be confident of leaving with a win. Recent history, and in Andy Farrell a coach who seems to be unable to unpick England's bullying pressure tactics, does not suggest otherwise.
Zohar Lee (@zoharlee27) : Ireland & Leinster, member of the Laighin Pit (@LaighinPit), looking forward to the terrace reopening.
*****
Want to see your own rugby opinions on the web?
Click "Write for us" in the sidebar to find out how.
at March 09, 2021