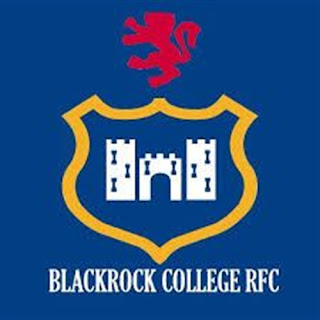 This week we dip into Division 2B to take a look at one of the sleeping giants of Irish club rugby – Blackrock College RFC. The club is arguably most notable for being the home club of Brian O’Driscoll but there is so much more to look at when it comes to the side from Stradbrook.
Founded in 1882, it is one of the oldest and most well-renowned clubs in Ireland. It has strong links to the famous school of the same name but is an open club for all. The club won its first trophy in 1889 when it captured the Leinster Junior Cup and they would go on to win it another four time before the turn of the 20th Century. 1900 saw them win their first Junior League but then followed a bit of a barren run until the 20s when the Junior League was won for a second time in 1922. What followed over the next two decades was an extremely successful spell for the club from the southeast of Dublin which culminated in an historic year in 1939 when the Leinster Senior Cup was won for only the second time along with the club’s first and, so far, only Bateman Cup.
Fast-forward to the 50s and the first Blackrock man to represent Ireland was Niall Brophy. He made his debut in green in 1957 before also becoming the first ‘Rock man to pull on the red jersey of the British and Irish Lions in 1959 (and also 1962). Brophy was the first in a long line of men who wore the famous blue and white hoops to go on to represent the Lions. Ray McLoughlin and Mick Doyle also toured during the swinging 60s while legendary back rower Fergus Slattery was part of the 1971 and 1974 squads. Willie Duggan, Hugo MacNeill, Sean Finn, Brendan Mullin and Paul Wallace all were Lions between 1977 and 1997. 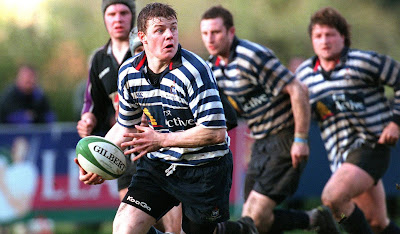 In the 21st century, Brian O’Driscoll was a Lion in an incredible four consecutive tours between 2001 and 2013. A sign of the longevity of the great man. We all remember his ‘waltzing O’Driscoll’ tour in ’01 and to come back again 12 years later to secure a test series victory was an incredible feat for him. BOD’s breakthrough was considered to be the sensational hat trick in Paris in 2000 but those who saw him in AIL action for Blackrock knew he was something special long before then! Shane Byrne accompanied O’Driscoll to New Zealand in 2005 while Luke Fitzgerald went to South Africa in 2009, where Schalk Burger wanted to see if he was wearing contact lenses…
As well as these great Lions players, Blackrock has also produced many current and recent Ireland representatives such as Jordi Murphy, Andrew Conway and Ian Madigan and was also the home club of former Leinster and Ireland hooker Richardt Strauss. Other ‘Rock men to gain full international honours include the likes of Bob Casey; Victor Costello; Guy Easterby; Neil Francis and a man known more recently for his whistling skills in Alain Rolland! Leinster head coach Leo Cullen is also a product of Stradbrook.
It is not just the men’s game that the club provides internationals for. The current squad for the 2021 Women’s Six Nations contains NINE Blackrock representatives with Katie Fitzhenry; Emily Lane; Ellen Murphy; Beibhinn Parsons; Laura Feely; Nichola Fryday; Emma Hooban; Hannah O’Connor and Dorothy Wall all being included in Adam Griggs’ squad for the tournament which kicks off on April 10th. The women’s side at the club has also been extremely successful with five All Ireland League titles and three All Ireland Cups since 1993.
The club moved into their current home at Stradbrook in 1962 and the grounds have been recently upgraded since celebrating its 50th anniversary in 2012. In 2017, a gym, medical room and physiotherapy centre were opened and were dedicated to late club legend Barry O’Keefe while in 2019, a new all-weather pitch was installed. The honours list on the club’s website is extremely lengthy. A couple of recent standouts on that list include a Leinster Senior Cup in 1999 and an AIL Division 2 title a year later.
Club captain Brian Coclough and head coach James Blaney will be hoping to add to that honours list when play resumes hopefully sooner rather than later.
With many thanks to Erin Dalton for providing information for this piece.
For more information check out the BCRFC website here
Links to previous profiles...
Clontarf RFC, Dublin University, UCD,
Lansdowne, Terenure College, St Mary's RFC
Mark Strange (@realmarkstrange) : I am a freelance sports writer who has been published in soccer, rugby and baseball. I am also an avid fan of ice hockey and just returned last year from a year living and working in Vancouver. I previously played and was PRO for Randalstown Rugby Club before a knee injury cut me down in my prime! I became a Leinster fan when I was younger due to a certain Felipe Contempomi and I am the only blue in a sea of white in Ulster.
*****
Want to see your own rugby opinions on the web?
Click "Write for us" in the sidebar to find out how.