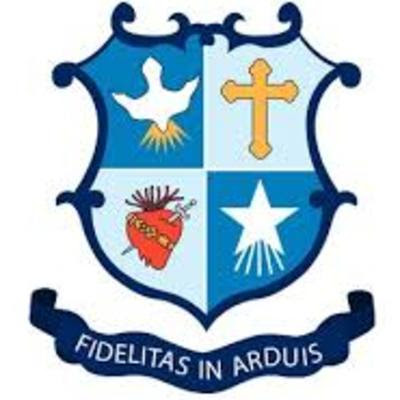 Today, we go into division 1B of the All Ireland League and look at the men from Templeville Road – St. Mary’s. Mary’s are another Leinster club who are steeped in history and tradition and have been a staple of Irish club rugby since their inception in 1900. The club was formed by former pupils of St. Mary’s College Rathmines and, in their formative years they played their matches on the front pitch at the college. They won their first trophy – the Leinster Junior Cup – in 1905 and in 1911, they were awarded senior status and moved to their own grounds at Beaver Row in Donnybrook.
However, they did not stay here long as the club went into a hiatus at the beginning of the First World War and would not resurface until 1932. The restart was led by former player Ernest Farrell and the club rented a ground from a farmer at Kimmage Grove where they stayed until 1954. Many a Junior Cup was won in the 30s and many a great sidestep was formed as players had to maneuver between the cow and sheep dung on the pitch!
The club regained its senior status in 1941 and many a Mary’s legend was honed in this period. Names like Matt Gilsenan, Paddy Branagan, Paddy Bolger and many others donned the famous royal blue jerseys with the white star on them. Another legend of this era, the captain of the first St. Mary’s side to win a Leinster Senior Cup in 1958 and former President, Joe ‘Banna’ Fanagan sadly passed away last month and his loss has been acutely felt by all at Templeville Road. These men, along with many others, have had a lasting impact on St. Mary’s College RFC and have helped make the club what it is today.
The 1960s saw the club really grow. Having moved to new grounds in College Drive in 1955 and the afore-mentioned LSC title in 1958, many junior titles were won in the 60s before a second Senior Cup was secured in 1969. This side was captained by the great Sean Lynch who, a year later, became the club’s first Ireland international and, a year after that, the club’s first British and Irish Lion as he toured to New Zealand.
After Lynch blazed the trail, two St. Mary’s men were part of the famous “invincibles” tour to South Africa in 1974 – Johnny Maloney and Tom Grace. The latter of these two scored an incredible 13 tries in 11 matches on tour, including seven in back-to-back games against the African XV and Griqualand West, a game in which Maloney also scored. As well as these two, notable Irish and Lions players to come out of the club in the 70s included Tony Ward, Terry Kennedy and Ciaran Fitzgerald.
At club level, Mary’s won the inaugural Leinster Senior League in 1972 under the captaincy of JB Sweeney and, in 1975, they moved to Templeville Road which has been their home ever since. The grounds and new clubhouse were opened with a game against an International XV led by Lions captain Willie John McBride.
In the 1980s, the club won three more senior trophies and, on the international stage, they were well-represented by messrs Fitzgerald and Ward with the former captaining Ireland to famous Triple Crowns in 1982 and 1985 and the Five Nations title in 1983.The latter of the two scored 18 of the Lions’ 22 points in their narrow defeat to South Africa in the first test in 1980. 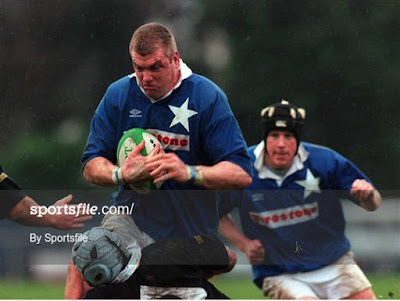 The introduction of the All Ireland League in 1990 saw St. Mary’s at the forefront of this, challenging for playoffs almost every year with the 1991 squad including the likes of Brent Pope, Trevor Brennan and Victor Costello. However it was not until the 1999/2000 season that the 1st Division trophy was won with Pope now head coach and Brennan captaining a side containing Irish internationals John McWeeney, Dennis Hickie and Malcolm O’Kelly (the latter of these two would also later become Lions). In doing so, Mary’s became the first non-Munster side to win the AIL.
However, the beginning of the 21st century was when professionalism in rugby really started to take hold in Ireland and the AIL-winning side was decimated as many signed professional contracts. A few years of struggle, including the 2004/2005 season in Division 2 followed as the club began to rebuild. However, that rebuild produced a crop of extremely talented homegrown players including Darragh Fanning; Conor McInerney; Phillip Brophy and the Sweeney brothers – sons of the 1972 winning captain. There was also the Sexton brothers Mark and Jonathan – you might have heard of him… He is joined by Jordan Larmour and Caelan Doris as the Mary’s men in the current Ireland squad.
In recent years, the club has had varied success with another AIL title in 2012 followed by relegation in 2015 and the club yo-yoed for a couple of seasons but are looking to re-establish themselves again in 1B. Head coach Steve Hennessey and club captain Richie Halphin will be looking to hit the ground running when club rugby returns.
Many thanks to Maurice Davin for his help with this article.
For more information check out the St Mary's website here
Links to previous profiles...
Clontarf RFC, Dublin University, UCD,
Lansdowne, Terenure College
next week : Blackrock College RFC
Mark Strange (@realmarkstrange) : I am a freelance sports writer who has been published in soccer, rugby and baseball. I am also an avid fan of ice hockey and just returned last year from a year living and working in Vancouver. I previously played and was PRO for Randalstown Rugby Club before a knee injury cut me down in my prime! I became a Leinster fan when I was younger due to a certain Felipe Contempomi and I am the only blue in a sea of white in Ulster.
*****
Want to see your own rugby opinions on the web?
Click "Write for us" in the sidebar to find out how.