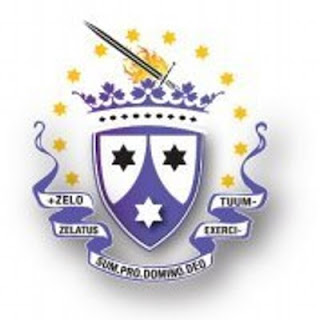 In comparison to other clubs from around Leinster and Ireland, Terenure are one of the younger outfits in the All Ireland League after being founded in 1940 by Rev. Fr. Jackie Corbett O’Carm when he met with past pupils of Terenure College at the Hotel Lenehan to voice his concerns that not enough former pupils were continuing to play rugby after school. This was the beginning of what was then known as Terenure Collegians Rugby Club.
The club was granted Minor status with the Leinster Branch in 1943 and won their first league title that same year when they secured the J2 league. A year later they adopted the now famous purple, black and white hoops that are synonymous with the club – another example of Irish clubs with unique colourways.
The Metropolitan Cup was won in 1949 and the 1st XV won the J1 title five times throughout the 50s but it took until 1959 for the club to be awarded senior status. Incredibly, this was the club’s fourteenth application. After this status was awarded, ‘Nure went from strength to strength and the first Irish international from the club came in 1962 when Mick Hipwell swapped his purple, black and white jersey for a green one. Brendan Sherry followed in 1967 and Hipwell – a real trailblazer - became the club’s first Lion when he was part of the squad that famously triumphed in New Zealand in 1971.
Back-to-back Leinster Senior Cups were won in 1966 and 1967 as the club began to get a foothold in senior rugby. 1981 saw a tour to the USA and in 1984, Michael H. Carroll became the first ‘Nure man to hold the office of President of the IRFU. Club legend Paul Haycock – who played for Terenure for an incredible 25 years from 1975-2000 - was also capped in 1987. The 1990s were a glorious decade for the club which started with the 50th anniversary celebrations in 1990. The side from Lakelands won their third and fourth Leinster Senior Cups in the early ‘90s while Ciaran Clarke, David Corkery and Niall Hogan were all capped by Ireland with the latter becoming the first Terenure man to captain the side in the 95/96 season. That year was arguably the most famous in club history with the 1st XV capturing an unprecedented treble winning the Leinster Senior League, Senior Cup and winning promotion to Division 1 of the fledgling All Ireland League for the first time.
1998 saw two more Irish internationals with Eric Miller and, perhaps the club’s most well-known recent international, and Girvan Dempsey getting their first caps. Dempsey went on to win 82 caps for Ireland as well as 198 appearances for Leinster before retiring in 2010 and has gone on to coach at Leinster and Bath.
Another ‘Nure man who has become famous (or, perhaps, infamous) in Irish rugby is legendary Ireland and Lions bag-man Patrick ‘Rala’ O’Reilly. Rala is a larger than life character who was the go-to man for just about anything Ireland or Lions players needed until his retirement in 2015, whether that be a spare pair of socks or a bit of his wit and wisdom. Everyone who crossed paths with him has a story or two to tell!
The club has continued to grow throughout the 21st century. There has been redevelopments of the club’s picturesque Lakelands grounds to coincide with their 75th anniversary in 2015 with new floodlights, changing rooms and a state-of-the-art all-weather pitch being installed. There has been more silverware to put in the clubhouse too as the U20s won back-to-back league and cup doubles in 2014 and 2015 while the 1st XV have become a mainstay in Division 1A since their promotion in 2014. Scrum halves Isaac Boss and John Cooney are the club’s most-recent internationals while clubman Billy Dardis is the current captain of the Ireland 7s side.
Whenever club rugby returns to Lakelands, head coach Sean Skehan and captain Patrick Thornton will be hoping to guide the squad to more success and more silverware.
For more information check out the TCRFC website here
Links to previous profiles...
Clontarf RFC, Dublin University, UCD, Lansdowne
Mark Strange (@realmarkstrange) : I am a freelance sports writer who has been published in soccer, rugby and baseball. I am also an avid fan of ice hockey and just returned last year from a year living and working in Vancouver. I previously played and was PRO for Randalstown Rugby Club before a knee injury cut me down in my prime! I became a Leinster fan when I was younger due to a certain Felipe Contempomi and I am the only blue in a sea of white in Ulster.
*****
Want to see your own rugby opinions on the web?
Click "Write for us" in the sidebar to find out how.