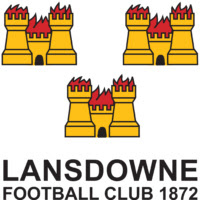 One of Irish Rugby’s longest standing and famous clubs are the boys from HQ – Lansdowne. The club was founded in 1872 by one of the top Irish athletes of the time, Henry Dunlop as the Irish Champions Athletic Club and it really was a humble beginning for what is now renowned as one of the powerhouses of the local club scene. They were effectively known as Trinity’s second string (!) for the first few years of their existence before establishing themselves as Lansdowne FC and have had a colourful history since then. Colourful being the optimal word here as the club are famous the world over for their red, black and gold hooped shirts with navy shorts. One thing Irish club rugby is known for is the unique colourways and club colours and Lansdowne are certainly one of them.
The trophy room in the clubhouse at the ‘back pitch’ at the Aviva Stadium is packed to the rafters with the club having won a record number of Leinster Senior Cups with 26 as well as 11 Bateman Cups which is also more than any other club in Ireland. Three of these have been won this past decade, most recently in 2018. The club has won a staggering 152 Leinster Branch titles and it is clear that success is an expectation and an expectation that is met more often than not. The club’s first Senior Cup came in 1891 and they have the unique distinction of winning the trophy in three different centuries.
14 IRFU Presidents have come from Lansdowne FC as well as over 100 internationals.  Notably, club legend Con Murphy was the only player to represent Ireland either side of the Second World War and he captained the side that famously beat England 22-0 in the first official post-war international in 1947. Tadgh Beirne and Ronan Kelleher are current clubmen in Andy Farrell’s Six Nations squad and other recent internationals from the Lansdowne Football Club include Devin Toner, Jordi Murphy and Dave Kearney. The club has also provided many well-known Irish internationals throughout the years such as Moss Keane; Eric Elwood; Conor O’Shea; Alan Duggan and the man who dropped the famous goal to secure the 1985 Triple Crown, Michael Kiernan.
14 men have taken the red from the Lansdowne jersey and put it into a British and Irish Lions jersey. The first of these was in 1896 when Lawrence Bulger toured South Africa and, most recently, Shane Horgan and Gordon D’Arcy went to New Zealand in 2005 meaning that the club has also provided Lions in three centuries – another remarkable feat. The fledging Ireland 7s side has also been well supplied by Lansdowne representatives with Cian Aherne; Alan Bennie; Tom Daly; Ian Fitzpatrick; John O’Donnell and Mark Roche all being capped at the reduced-numbers level.
The Leinster squad has also got its fair share of Lansdowne men with Max Deegan; Cian Kelleher; Peter Dooley; Dan Sheehan and precocious out half talent Harry Byrne all in the current squad while Connacht’s Matt Healy; Tom Farrell; Oisin Dowling and the afore-mentioned Tom Daly all have played club rugby at Lansdowne Road. 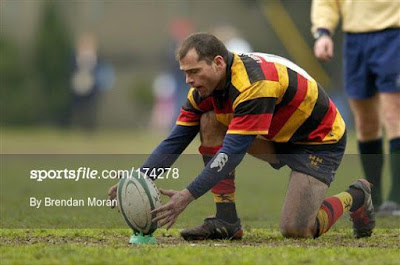 It is not just Irish internationals to have worn the red, black and gold as former Leinster out half and current backs coach Felipe Contepomi represented Argentina while a member of the club becoming the club’s 99th and only overseas international. Contepomi was a hero of yours truly when I was younger (I fancied myself as an out half but my story is similar to many aspiring 10s) and goes a long way to explain why a young lad from Antrim was and still is walking around in Leinster gear!
The club embarked on a tour to the USA in 2019 in what was a real ‘old school’ rugby tour taking in Boston, New Jersey and New York and winning three out of four games. The 2nd XV defeated the Boston Irish Wolfhounds and the New Jersey Invitational XV while the 1st XV defeated New York Athletic Club and were narrowly defeated by the fully-professional Major League Rugby outfit the New England Freejacks. There was, of course, some extra-curricular activities and it is great to see the traditional rugby tour alive and kicking.
Director of Rugby Stephen Rooney, head coach Mark McHugh and Captain Jack Dwan will be hoping to add to the illustrious and trophy-laden history at Lansdowne Road soon and there aren’t too many people who would bet against them.
Next week, Terenure College will be the focus of my next club profile.
For more information check out the Lansdowne website here
Links to previous profiles...
Clontarf RFC, Dublin University, UCD
Mark Strange (@realmarkstrange) : I am a freelance sports writer who has been published in soccer, rugby and baseball. I am also an avid fan of ice hockey and just returned last year from a year living and working in Vancouver. I previously played and was PRO for Randalstown Rugby Club before a knee injury cut me down in my prime! I became a Leinster fan when I was younger due to a certain Felipe Contempomi and I am the only blue in a sea of white in Ulster.
*****
Want to see your own rugby opinions on the web?
Click "Write for us" in the sidebar to find out how.