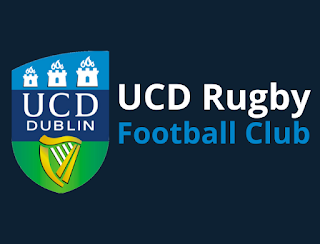 University College Dublin (UCD) were founded in 1910 and quickly ascended to the senior ranks of Leinster Rugby in 1914 but this was adjourned until 1919 due to the outbreak of World War One. Their first ever game of senior rugby was a 14-11 win over Trinity but their university rivals would get the better of them in the following season’s Leinster Senior Cup final by a score of 5-0. This would be the beginning of a long and colourful history between Dublin’s biggest universities.
UCD have had a proud history of producing Irish internationals and that started in 1920 when Andy Courtney and PJ Stokes were the first to represent Leinster with Courtney going on to be the first man from the college to pull on the green shirt later that year.  These were not the only honours in the club’s formative years as they had a great run in the Leinster Senior Cup after that first defeat. 1924 saw them capture the trophy for the first time and they appeared in the final five times in the first six years in 20s as well as winning the inaugural Metropolitan Cup in 1922.
The men from Belfield had to wait until 1938 to become All Ireland champions but they did it in style, capturing the double by winning both the Bateman Cup and Leinster Senior Cup. The post-war years saw the beginning of one of Irish club rugby’s most famous traditions with the first annual Colours match against Trinity being played at Lansdowne Road in 1952 with UCD coming out on top 13-6. In 1959, Niall Brophy and Bill Mulcahy became the first players from the club to be selected for a Lions tour and clubman Barry Bresnihan made history on a Lions tour nine years later as he became the first official replacement in world rugby history as he came off the bench in a game against Western Transvaal in South Africa.
The 60s and 70s saw the club dominate Leinster club rugby with a trophy being won in every season bar one from 1961-1978. This included an historic 1962/63 season that saw the club win the treble with the Senior, Metropolitan and O’Connell cups all being brought back to Belfield by the 1st, 2nd and 3rd XV. 1976 saw the U19 side retain the McCorry Cup for the fourth consecutive year.
As previously mentioned, the club’s record of producing Ireland internationals is impeccable and the 1998 Ireland U19 World Cup winning side contained five UCD men including one B. O’Driscoll. O’Driscoll of course spent time at Blackrock College too but earned 61 of his incredible 133 caps while a UCD player and he joins the likes of Rob Kearney, Denis Hickie, Sean O’Brien and Fergus Slattery to have represented both UCD and Ireland in the recent past.
The squad that defeated Italy in Rome at the weekend had five UCD clubmen in the squad – Hugo Keenan; Garry Ringrose; James Ryan; Andrew Porter and Will Connors. Of the 36-man squad that Andy Farrell selected for this season’s Six Nations, there are 8 total UCD men with Ross Byrne, Ed Byrne and Josh Van der Flier adding to the five that were at the Stadio Olimpico on Saturday. This means that the college has the most representatives of any All Ireland League club in the squad. Van der Flier and Connors are both renowned for their light blue headgear which is a nod to their club.
As well as the current members of the Ireland squad, the likes of Luke McGrath, Dan Leavy and James Tracy regularly wear the blue of Leinster and have represented Ireland while part of the club.
On the club website is listed something which may be an indicator as to why the club has had so much so success in its history – the club philosophy. It is four simple points that all associated with the club must adhere to:
This philosophy is integral to the club and director of rugby Bobby Byrne and captain Ronan Foley will be hoping to instill those in the current squad as they compete in Division 1A of the All Ireland League whenever things get going again. They will be looking to not only proudly represent the club and college but add to the considerable honours list.
It is appropriate that I write about UCD this week as this Thursday (4th March) is the club’s annual Daffodil Day in aid of the Irish Cancer Society. The event has gone digital this year so check out ucdrugby.com or the club’s social media channels to find out more or to donate to this extremely worthy cause. Club President David Carrigy has a message on the club’s twitter page (@UCDRugby) for members and guests alike with the challenge of doing as many ‘keepy-uppys’ as you can with a rugby ball or tennis ball while tagging the club with the hashtag #keepupthedaffodil and making a donation to the Irish Cancer Society. When you donate you are in with the chance of winning a signed Dublin GAA jersey and many more great prizes. With on-campus fundraising curtailed this year, it is more important than ever to support the Digital Daffodil Day!
For more information check out the UCD website here
Links to previous profiles...
Clontarf RFC, Dublin University
Mark Strange (@realmarkstrange) : I am a freelance sports writer who has been published in soccer, rugby and baseball. I am also an avid fan of ice hockey and just returned last year from a year living and working in Vancouver. I previously played and was PRO for Randalstown Rugby Club before a knee injury cut me down in my prime! I became a Leinster fan when I was younger due to a certain Felipe Contempomi and I am the only blue in a sea of white in Ulster.
*****
Want to see your own rugby opinions on the web?
Click "Write for us" in the sidebar to find out how.