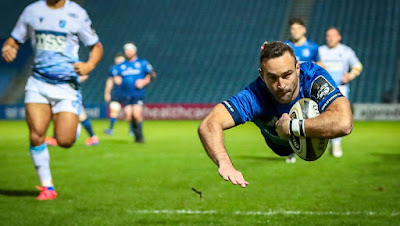 There have been many weekends over the years where I have had both Leinster & Ireland matches to enjoy, but I'm not sure there have been many stretches where three or four of them have come in a row.
As much as I love going through the whole "Harpin process" of covering them, the priorities of life, the universe and everything will get in the way from time to time. Basically what I'm doing here is apologising for a lack of preview for this match! It actually didn't hit me until just after the full time whistle.
It's not hard to work out what my prediction would have been - we started the season with 6 bonus point wins, and while I have seen Cardiff play and they do look like an outfit heading in the right direction, I still would have backed the boys in blue for a 7th. I would have at least retained enough caution to avoid going for a 35-point win, however.
So in keeping with recent Leinster writeups on busy weekends, hoere's a blow-by-blow summary of how the 80 minutes transpired...
0-1
Not only did I miss the preview, I also was called away briefly missed the kickoff, and thus Dave Kearney's lighting fast opening try!!!
Harry Byrne put the opening kickoff to scrum half Tomos Williams, who immediately responding in kind with a decent boot from just inside his own 22 that made it over 10m into the Leinster half where it was taken by Jimmy O'Brien.
Cardiff were to go on to produce a fine defensive display despite the final scoreline, but this passage wasn't exactly the ideal start. I'm not sure Tomos' team mates were too aware that the kick was going to stay in play because they were slow in following up, allowing Jimmy to run back into their territroy pretty easily.
Just a couple of basic phases later saw it come to Ciaran Frawley in the wide channel and he was able to dart through they numbers 12 and 14 like they were numbers 1 and 3 (I mean that as no disrepect to props, I was one myself) and with both his own wingers in support, it was Dave who was able to receive and get it down with just 36 seconds on the clock.

I hate lazy commentary - the 7 bonus point wins may have been done several times but by only 2 teams.

Also, in the 2018/2019 season Glasgow ended the regular season with 7 bonus point wins and then a bonus point win in the semi final so the record is actually 8 #LEIvCBL

Conor Cronin Cardiff were excellent defensively for so much of the game. If it had finished 19-5 I'd have seen that as fair. I worry about them when they get big guns back.
As for leinster, it looked like some players were taking a while to get going, but eventually things fired and leinster started liking life themselves again. Another BP win, more talent coming through, but under pressure so really needing to prove themselves.

I mean, we weren’t outstanding tonight but we still managed to beat our opponents by 35 points. There’s A LOT of talent in the squad 💙🙌🏼 #LEIvCBL

Andrew Bailey Great. Another 40 points and a seventh BP in a row. You can only beat what’s in front of you. But in context of Twickenham the lack of quality in the Pro14 is why Hugo, Ross, JGP and Ronan have struggled to make the step up. Good players but they need decent opposition to learn and to be ready for the international arena

The home side are just too powerful and incisive to deal with but John Mulvihill’s men can take heart from a battling performance ahead of a huge game against Glasgow next week.#LEIvCBL

Richard Mifsud Thank you Cardiff Blues. I know we won with a BP and that is very pleasing but what made this doubly special was the fact that we had to find a way and I think that the Blues are the first team to force us to find a way... and we did! Credit to our young guns and old guard for fronting up and getting through a tough 80 minutes. Some of our play was scintillating what some players will have learned tonight is that scintillating only happens when you earn the right or when the opposition is really poor and knowing when to be pragmatic is easily Harry B’s greatest take away tonight. IMHO he passed that test those kicks in behind when nothing was on were class and mature 👏🏻👏🏻👏🏻. Standouts Rhys, JOB (hope he’s ok), Luke McG (worthy POTM), Ross, Ryan, Ciarán and especially Liam Turner. Perfect match for the coaches to dissect, and they will. Great antidote to yesterday’s disappointment 😊

Great win again for @leinsterrugby fair play to @cardiff_blues put it up to us today. 40-5 is flattering 💙🏉

Martin Loughrey Good to get another BP win. In fairness I think the scoreline is a bit unfair to the Blues. They tested us probably more than another side so far this season. A bit scrappy from our side. Very loose at times and a lot to look at for the lads despite the win. Good experience for the younger lads though. They need tougher games.

Turnbull made 36 tackles against Leinster

Tough to say "Cardiff defence played well" with that final score but it's true. It's also true that bar one slip in coverage our own D also put in a good 80m shift. Luke worthy POTM in great form. Another good showing from our bench Silvester, Penny, Milne. #LEIvCBL 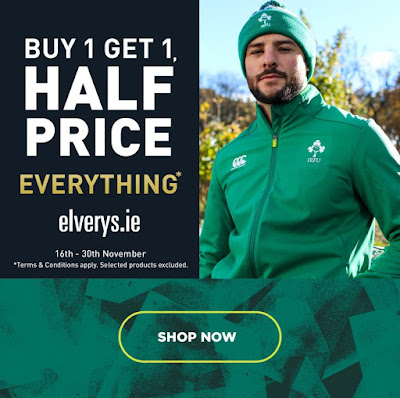