STILL IN THE HUNT

Having a defence that looks like it can force a turnover at will is good.  Also having an attack that can quickly translate that advantage into points is even better, so much so in fact that it should effectively make you a championship winning outfit if you can display those abilities on a weekly basis.  Only something like a niggling tendency to concede unnecessary penalties could possibly hold you back in that case, and I reckon this first paragraph sums up the Blues over the four weeks I have been observing them in Super Rugby Aotearoa.

Their second try in Dunedin on Sunday was a perfect example of this.  Having taken the lead after just four minutes when a dominant scrum allowed number 8 Akira Ioane to run over Highlanders winger Josh Gregory at the line, the Blues defence proceeded to shut down their hosts’ attempt to get their own attack going and win the ball back at midfield.

Although their forwards are usually heavily involved in the frequent two-man tackles that keep pushing opposition carriers back, on this occasion it was a big hit from centre TJ Faine that forced it loose into the grateful arms of winger Mark Telea - so grateful that he then offloaded it back to his teammate to tidy up possession. Enter Beauden Barrett.

If he was the only Blues player you knew about, you’d assume he’d always be playing at 10 for any club but with players the calibre Dan Carter and Otere Black lurking in the background, that’s never a given and over the past couple of weeks he has been inspired to show his best.  It’s not just what he does, it’s the fact that he does it all so well that he can always keep you guessing.  Miss pass, kick pass, dummy and straightened run up the middle - any one of them will hurt you, and on this occasion it was the second one.

Over on the opposite wing Caleb Clarke was there to receive it on the bounce (bit of deserved good fortune in this case), run over his first challenger, offload it to Reiko Ioane as hit by the second, and finally it gets to Finlay Christie, who moments earlier had been there to distribute following the turnover and thus spotted the need for support the moment the ball came of Barrett’s boot.  Scintillating all round rugby for which few teams could possibly have an answer.

All of which meant that the Blues had established a two-score lead in the early stages, just as they had done against Warren Gatland’s Chiefs at the same moment the previous week.  Would they then go on to ship an insane amount of penalties to hand the lead back to their opponents as well?  Simple answer - “absolutely”.

The first was innocuous enough at a lineout at halfway but it was within range for the home 10 Josh Ioane, making his first start of the campaign, to get his side on the board.  Then three more pings after the restart allowed them to march all the way back up the field and off a lineout maul 5m out, with yet another penalty advantage coming, a converted Ash Dixon try got them within 2, and the next score of the game was a Josh Ioane penalty which gave the Highlanders the lead.

Before I move further into the match, it’s important to take a step back to explore that last penalty in their comeback.  It was called against Blues & All Black prop Karl Tu'inukuafe, and he did find himself on the ground and in the way of Aaron Smith as the scrum half tried to keep the pace going on some decent Highlanders front foot ball.

But here’s the thing...as the play progressed in real time, referee Mark Fraser called that there was nothing Tu'inukuafe could have done - if anything, moving would have been worse and what’s more, Smith has a tendency to go looking for penalties and although he fell over, he did get a pass away to his own prop Jeff Thwaites.

I reckon the officials wouldn’t have done anything further about Tu'inukuafe had Thwaites not gone on to throw a very ill-advised pass which went straight to Blues back rower Dalton Papali’i, who had the legs to surge all the way in the opposite direction for a score.  But since he did, Fraser was put under pressure, from both the home crowd and his fellow officials, to revisit the call.

The fact remains that the incident fell right smack in the middle of the infamous grey areas of rugby’s Laws.  While we absolutely need the TMO, they should really only play a supporting role to the match referee and in this case the call had been made on the field and should stay.  Had Fraser said “play on” with a view to looking at it when the play broke down, that would have been fine.  Instead we had something of a gut punch to the Blues who went from believing they had stretched their lead to 9 points to the sudden realisation that their own early margin had instead evaporated completely.

A lot of teams would have been demoralised by that sequence.   Leon McDonald’s men, however, seemed to be inspired.

Tu'inukuafe has been part of a front row that has been doing extremely well for the Blues in recent weeks, both in the scrum and in the loose, and his fellow prop Ofa Tu'ungafasi quickly helped him forget that passage of play by forcing a turnover before Caleb Clarke did one of his trademark surges into the Highlanders 22 and with Christie there in support yet again, the final offload went to TJ Faine who was able to saunter over the line.

Now the lead was back at four, and although the Blues shipped another penalty shortly afterwards to bring it back to one, they were clearly fully tuned in to the “semifinal” mindset that I mentioned in my preview.  As the clock neared halftime, a period my own preferred version of “blues” are well known to bag a score, they turned on the heat at the scrum again close to the line before eventually, and fittingly, it was Tu'ungafasi again involved, this time with the touch down.

That established an eight-point lead as the teams were “in the sheds” and although their second half had a shaky start when scrum half Christie put his exit box kick out on the full, he was to more than make up for it a couple of minutes later.

First the immediate threat of the attacking lineout was snuffed out by the jackling of Papali’i which allowed the Blues to clear to halfway.  Then from that lineout Beauden was able to get a decent hang time on a high ball to allow chasers to both engulf the catcher and win the ball back, and after hinting at another crossfield ball, Beaduen this time went for an exocet of a miss pass which found flanker Tony Lamborn on the far touchline.  He dumped it off inside him to Clarke and guess who was in support - yes, that man Christie again, and just like that the lead was 13.

If you were to fault the Blues and All Blacks outhalf on this day it would be in the area of placekicking - his miss of this conversion was his third on the day and those six points would have been handy as their lead, despite the whopping 5 to 1 try count, was still less than two converted tries.  Luckily for them they were able to use their scrum advantage to win another penalty under the posts a bit later and the decision by skipper Patrick Tuipulotu to take the points was absolutely the right one.

But it was the penalties that the Blues themselves were shipping that continued to be their worst enemy.  For the second week in a row, despite my temporary “allegiance” to them, I have to say they were extremely lucky not to have seen a yellow card before the final few minutes.  In seven matches they have “out-pinged” their opponents every time and here the advantage was 14-8.

Never mind the fact that multiple penalties should have tempted a warning from the ref much sooner, but some of the infringements themselves were definitely in the neighbourhood, like a “seat belt” tackle by Faine and especially a blatant tug on the jersey of a supporting player by hooker Eklund at the start of the final quarter.

It was a credit to the home side that they did everything they could to at least make the margin respectable before the end and eventually their efforts were rewarded when their impressive back rower Shannon Frizell went over with five minutes to go.

Thanks to the Super Rugby try bonus system, which says four tries aren’t enough you actually have to score three more than your opposition, this meant the Blues had to tackle all the way to the end to hold on for a maximum haul from this trip to Dunedin.  And although the Highlanders bench was impressing courtesy of Parete and Nareki, eventually it was Blues lock Gerard Cowley-Tuioti who was able to force a knock on which meant his team could see out the remaining time with a scrum.

Overall an excellent win on the road for the Blues, and one that keeps them in the hunt for the Aotearoa title.  They’ll need a bit of help from these same Highlanders next week, but still the Auckland outfit have to be pleased with the way they have bounced back from two successive defeats to remain in contention at all.

They have a bye next weekend, so with the much-anticipated Irish interpros getting ever closer, I might just do something similar myself and take a break from harpin’ until next Monday.  All the regular features like Front Five, the Podcast, Rugby On TV, etc, will be back then.  As much as I have enjoyed following the Blues for the past while, it’s never going to come close to the more local variety so fingers crossed we’ll stay on course to watch Leinster return to the hunt before August is over.  JLP 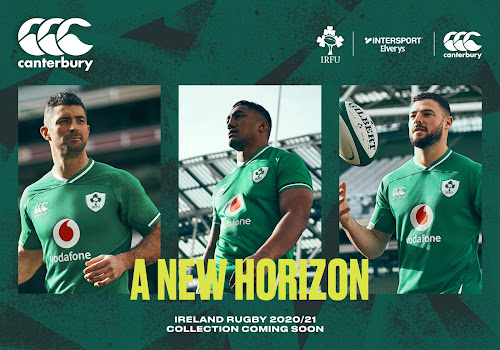