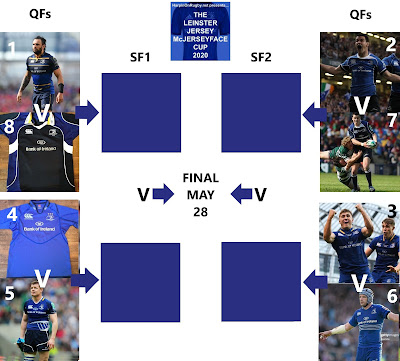 Although new arrivals were signed with next season in mind, against that players whose contracts have not been renewed or have signed elsewhere will not be available.

Gerry Thornley - Irish Times
Rugby in Ireland is scheduled to be allowed to return as part of Phase Five of the government’s plan to ease restrictions, which is currently scheduled for August 10

Ruaidhri O'Connor - Irish Independent
The long, drawn-out process that accompanied the formation of the scrum is at the heart of the problem.

Donal Lenihan - Irish Examiner
"Scott has already made an outstanding contribution to the team since making his debut back in 2016 and we know the best is yet to come."

Murray Kinsella - The42.ie
"...to be part of a British and Irish Lions series is a goal I really want to achieve and I would like to be a part of that because it only happens every 12 years (that they tour South Africa)."

Note - views expressed in "Front Five" links do not necessarily reflect those of HarpinOnRugby
at May 20, 2020