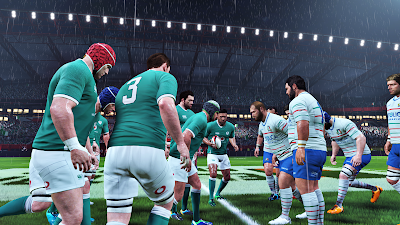 We are grateful to the makers (EKO Software, published by Bigben Interactive) of the soon-to-be-released video game Rugby 20 for giving us to opportunity to test one of the beta versions, with the full game set to be released 23rd of January 2020 on PlayStation 4, Xbox One and PC.

We are also grateful to Matt Sheppard for agreeing to give the beta version a try and producing the following review :

Team selection is pretty straight forward with a decent range of options. I like the fact they've tried to add in tactical plays using the directional buttons.

Up to date player photos are good. I don't see an option for player editing (even just for changing boots or adding a scrum cap etc) but that's not a major thing.

Unable to find another player to test the online capabilities.

Match loading screen is useful, glad the controls are stated there but they should really also be in the options menu. Explanations of rugby rules are also a nice touch, and again, have them added to the options menu so they can be read more patiently.

Kick controls very hard to judge (button sensitivity) especially at kickoff. You either tap it half the distance you wanted or you smash it way too far.

Ruck controls are a nice idea, it's good to feel you can make a difference in the ruck by pushing the right analogue stick at the right time.

Line outs - when defending it's a nice challenge to judge which player is lighting up and selecting an option, however its very quick. On offence it's hard to judge what to do to win a line out and I was constantly running out of time on the throw in clock. I would extend that to 10 seconds from 5.

Tackling is not very instinctive. You can time the presses of the tackle button but a player can still run straight through. Maybe just button response time but it differs from when a player breaks a tackle. Issue here is a player might just let the opposition run straight through

I do like that the game plan tactics get shown on the pitch before they get run. In time that could be a great advantage.

Scrum controls I like but again, the action happens very quickly and this is on semi pro, can only imagine how hard is.

Overall when the ball is in open play it could be smoother between actions. Feels hard to get free flowing passing going as every action  seems to need to register before it happens (this is the same with tackling or diving for a try). On the other hand when you do finally split players with a pass is very satisfying.

Conversions are challenging but enjoyable, wouldnt change them.

Seems to be a delay when the SH is taking the ball from the ruck. Has to pick it up and then moves before passing. Just cause a delay in the game that becomes noticeable

I've played every single rugby game there's ever been, and honestly...there is the makings of a solid game here. There needs to be improvements in the fluidity of the overall gameplay and a training mode (or at least a consolidated list of controls available in the options menu). This is much improved since the last version I played.

Will continue playing about with it.

If you have tried the game yourself and have an opinion feel free to let us know. 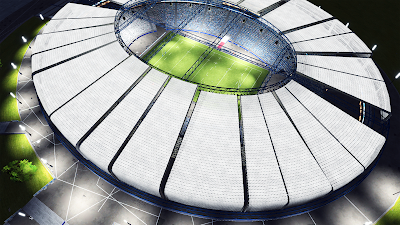