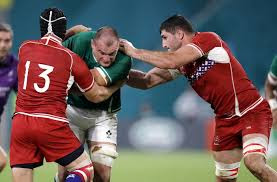 There's an odd degree of negativity around the Irish ruggersphere. Not leaving much room for a worse reaction if we hadn't gotten BP or even lost? Might be residue disappointment from Saturday? Hopefully we'll find some belief in time for Samoa. #RWC2019 #ShoulderToShoulder
— Harpin' On Rugby 🏉 (@HarpinOnRugby) October 3, 2019

BELOW IS AN AUDIO VERSION OF THE ABOVE WRITEUP

Next on Harpin On Rugby...