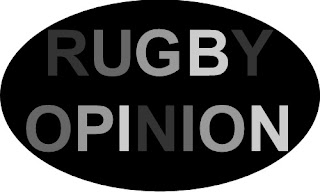 We're still on 'summer break' here at Harpin Manor, and even when we're not, I try to keep our focus on Leinster & Ireland rugby matches, but this issue is something I've been thinking a lot about so with it being Pride weekend this is the best opportunity I'll have to address it.

But for me, we are missing a trick by merely highlighting his personal plight.  As far as I'm concerned, this story is but a small subset of a much wider narrative in the sport of rugby union.

There are 40 top level clubs in European rugby; 12 in the Premiership, the Top 14 and the Pro 14 .  Each employs dozens of players from academy up to senior level.  At a conservative estimate that's 1500 active players.  How many are openly gay?  And how will the sharing of attitudes like Folau's help improve that situation, particularly when all we talk about is whether or not Christian values are being persecuted? 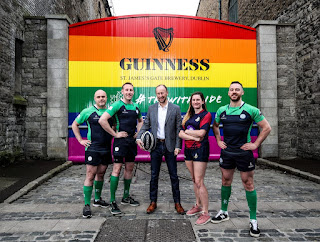 Competitions like the Union and Bingham Cups are excellent additions to the sport and do a great deal to raise awareness of its popularity within the LGBTQ community.  However, until we reach a stage whereby a player's sexual orientation is both public and irrelevant to their participation, then we have a lot of work to do.

I don't feel worthy of devoting too many more words to this subject as there are those who have been far more active than myself in the area, but I do feel it's important for rugby fans in general to vocalise their support for maximum inclusivity within the sport as much as they can, and when better to do that than the weekend that's in it.

Of course rugby is not the only sport affected by this and perhaps it's incumbent on all governing bodies to work together in building on the evolution of popular opinion within the fan base, and I know they do, but until the desired goal is reached, they can always do more.

Hopefully it won't be too long before we're looking back at the Folau story and wondering how there could ever have been a time when such levels of intolerance were anywhere near mainstream.  JLP
at June 29, 2019