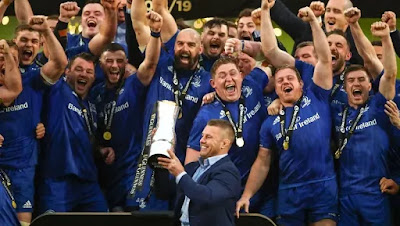 Rory Baldwin - Scottish Rugby Blog
Anthony Eddy's charges...got their tournament off to a brilliant start following a 21-17 victory over England

RTÉ Rugby
We have been asked by Munster Rugby to clarify that Messrs Jones and Flannery had been offered new contracts...but that both...declined

Irish Independent
For Exeter, it will be a fourth consecutive appearance in the final

Sean Farrell - The42.ie
‘He’s one of the best players I’ve ever played with. As a forward, I’d say he’s the best’

Note - views expressed in "Front Five" links do not necessarily reflect those of HarpinOnRugby
at May 26, 2019