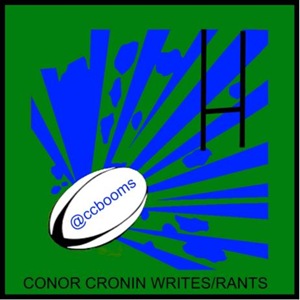 Yesterday, I was under an enormous rock, getting loads of things done and not looking at the Internet til after the kids were gone to bed.

So I was fairly rocked by the news I'd been dreading actually appearing on my timeline. Joey is off to Munster.

I'm not delighted about it. I can slightly understand the reasoning but it's disappointing to see a guy who's been involved for 7 or 8 years, who's enjoyed some real success, particularly this year, go to your biggest rival.

Lots of people are going to rant about this topic, but for me, the underlying reason is in serious need of consideration. Munster aren't producing enough talent.

There are a few reasons for this. Competition with other sports, less of a culture of rugby, a few years of less success than they had historically, the issue of finances, poor attendances...

But it seems when they're looking for more talent, lots of it is coming from elsewhere.

A quick scan of their first team squad shows (at the time of writing) 5 South African flags (and though I’m not counting him in my stats, formerly Stander) a first choice player from new Zealand, along with a backup out half, a couple of English lads and a bunch of players who started in other provinces including Farrell, Keatley, Conway, Bierne, Hart, Loughman and now add Carberry to that.

Using Leinster to compare, 2 kiwis, an Aussie, and an outgoing Fijian. Everyone else is Irish. (and none Irish by residence now that Strauss is gone).  And of the remainder I count only 4 who started elsewhere (Cronin, Bent, Henshaw and Nagle)

I know there are a few cases where other clubs get the benefit of players who have left other academies. Sean Cronin left Munster’s academy and went to Connacht and then to Leinster, Nagle who left rugby and then came to Leinster. Of course every team gets the benefit of other players leaving their academy, sometimes immediately, sometimes it’s after a few years, but of course it happens.

I’m not going to talk about transfers and who got who from another province. I just want to look at the academy.

The dogs in the streets know Leinster have an incredible academy system. They’ve worked hard to build a structure that starts with minis and finds a way to filter out players with the potential to be professional athletes. I was talking to a lady I know whose son is on the under 18’s squad. He was one of a few players put forward from his club at that age level. The coaches decided on the 5 or 6 they thought good enough to go for trials. At his centre for the first set of trials there were somewhere between 150 and 200 under 18 lads. And there were 5 of these centres. That’s somewhere between 800 and 1000 lads whose coaches thought they had potential. They were whittled down to just 40.

That’s at least 750 talented youngsters who didn’t make it. And maybe, a few who slipped through the net who could have, or should have made it.

Look at the schools system in Leinster. If we assume a squad of 30 or so in each of the quarter finalist schools (which is conservative as a number) that’s 240 lads. And of them, 8 or 10 will make Leinster's academy. Leaving 230 who won’t.

So far I have accounted for about 1000 quality young players who won’t get into Leinster’s carefully selected few.

And where do they go? Some keep playing for clubs or colleges, and in fairness, occasionally this is a route for promotion to a senior squad. Some give up after school grade. Some go back to other sports they’ve enjoyed. But what if we could keep some of them and get them into academies and professional contracts elsewhere?

Since the start of professionalism one of the things the IRFU has done well has been centralised contracts. A way of ensuring player safety, preventing exhaustion (though you mightn’t think it with some of the players off to Australia!), and ensuring we get the best out of the best players.

What I would propose is that we need to in some way centralise the academy system. Not to remove the individual provincial academies and replace them with one Irish one, but a system where, a couple of times a year, you get them all together for training camps so that the other provinces can see what kind of talent you have coming up.

In my ideal model, trials are what’s centralised. The best of the best all together for a couple of weeks and at the end, each province gets to choose players, choosing the players from their own province that want first, and then if there’s a player who for example from Ulster, but Ulster are saying they won’t be choosing him, Connacht might say we’ll take him, he suits our playing style, or our coaches can see where he might fit for us.

And if at the end of year 1 or year 2 a province are looking to release a player, the other academies should be queueing up to get a look at him, see would he fit. A player who is seeing how much hard work is needed, understands the requirements, and maybe just isn’t what’s being looked for in one academy could be perfect for another.

(I know currently of just 1 instance of this, and that’s Nick Timoney, who started at Leinster’s academy and when he wasn’t offered a contract, joined Ulster’s where he’s got a contract for the the upcoming season.)

This model would ensure that the best talent isn’t looked over, just because they might not fit in to the system in place. And that happens. Tadhg Bierne didn’t fit in to the way things were working at Leinster and so Matt O’Connor decided he should go. Scarlets saw his potential and Munster are now reaping the benefits of that.

The IRFU need to start ensuring that the best players keep playing, and keep playing here. They need to do whatever it takes to ensure that there isn’t just one conveyor belt of talent. They need to look at what can be learned from the Leinster academy and apply it elsewhere. Push the schools competitions, promote grass roots rugby, get more rugby on terrestrial TV, and not just the AIL finals. Put in place a person whose job it is to promote the academies, a Nucifora type role but only ensuring the high performance of younger players within provinces. If he can force encourage movement of players at senior level, surely this can happen for younger developing players.

There’s no quick fix for this. Players will still leave your province for one reason or another. And sometimes it will be to get more game time, sometimes to further their own chances. But I believe we need to get the best talent continuing into the professional system as early as possible and to say to them at 18 “you can still be a professional rugby player, maybe not where you expected but it can still happen”. Build academies from the best available players, whatever province they’re from. Encourage them young to love the jersey they’ll hopefully continue playing for.


Conor Cronin (@ccbooms) is regularly found in the North Stand of the RDS screaming at Leinster. Failing that he’s screaming at some rugby match that is on the telly or being streamed on his phone.