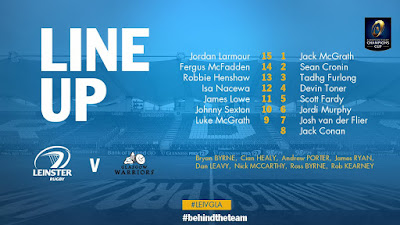 We have reached arguably the best time of year for rugby number nerds like myself - that two-week period during which the composition of the Rugby Champions Cup 'top eight' changes more often than Donald Trump's train of thought.

Here's how it stands going into Sunday on Round 5...