The rugby contract panto season begins...oh yes it does! 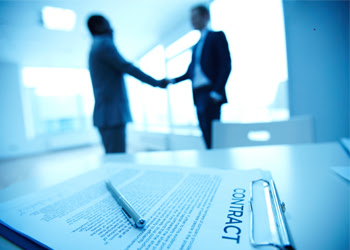 The festive season is almost upon us and pantomime season is already in full swing up and down the country. The shenanigans aren’t confined to theatres and halls, it is silly season in Irish rugby again.

Every year there are big names out of contract with the provinces, and the rumour mill goes into overdrive, “X is off to England/France” is something we are hearing now and will repeatedly hear for the next couple of months. Heaslip, Earls, O’Brien...just a few of the names that have been thrown out by the rugby press in the last couple of years. Happily in those cases it was “oh no he’s not” going abroad, but what of this year’s names, will the lure of the green jersey be enough?

As a Munster supporter I’m pointedly aware of our contracts that expire at the end of the season, big names and not so big names but all part of the Munster family. It will be months before we know whether some of them will be around next season. This is echoed across the provinces. While this season has seen some exiles return, the exodus will still continue. It's not just expiring provincial contracts to be considered, a number of central contracts will expire next summer, any of these would be huge losses to their provinces if they can be lured away by a large salary.

Fair play to Simon Zebo for not engaging with the merry go round, deal done early in the season and, rather than keep it under wraps, being up front about it, to the detriment of his international career. He could have denied the move to France until well into the New Year and got capped for the Autumn Internationals and possibly the Six Nations. It wasn’t the news we wanted to hear but refreshing that it was out in the open so early in the season.

Central contracts are limited and the lure of money from wealthy clubs abroad is very hard to ignore when every game you play could be your last. Every season we see players forced to retire in their prime due to injuries, can we blame those who seek to maximise their earning potential while they can? The answer is of course no, though our hearts might disagree. Nobody is blaming the players or their agents for trying to get the best possible deals, and often the rumours help to secure better deals at home, but these rumours have to play on the minds of players, management and supporters.

With two key European games on the horizon, is this really the time to start talk about potentially losing linchpins of our teams? Not just this year but December/January every year is when these rumours take legs. These are key months for our provinces, on and off the field.

The Top 14 in France toyed with a transfer window. The concept is admirable, confine all the dealings and moves to a certain time of year, and keep the focus on rugby for the rest of the season. The reality was that as a standalone objective, they were vulnerable to the lack of similar rules abroad. Jonny Sexton was proof of this, his move to Racing was well known in early 2013 after talks with the IRFU broke down, but the transfer window didn’t open for months. This was no secret signing!

The Northern Hemisphere v Southern Hemisphere rugby seasons don’t help, they would make an international transfer window next to impossible. But surely there has to be a better solution than the status quo? There is some hope that the FFR might realise they actually need to cap foreign imports and develop a national team that actually wins games consistently but would that be enough? There’s still money in the Aviva premiership, and in Japan. And possibly elsewhere when the next wealthy patron comes along.

Contract speculation is distracting. It’s also often clickbait and I’m sure it is frustrating for the parties involved. Is “X might be leaving Y and is talking to Z” really what journalists went to college to study? Personally I prefer facts, oh yes I do!

Michelle (@corkseashell) is a passionate rugby fan, and far too prolific tweeter.  A Munster gal living in Dublin with a passion for all things red and green. Back down to earth after her Lioness adventures in New Zealand in the summer but with sights firmly on South Africa 2021 (and a test run in April 2018).