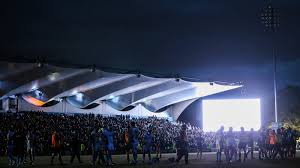 On Friday, 28th April 2017, during the Round 21 Guinness PRO12 game between Leinster Rugby and the Glasgow Warriors at the RDS Arena, the floodlights in the Arena failed in the 78th minute.While power was restored and the game was played out to its conclusion, two independent reports were commissioned and have since been carried out by Axis Engineering and by Gen Tec. on behalf of the RDS and of Leinster Rugby.By way of background information:-
Both reports have found that:-
Both reports recommended that in order to mitigate against future risk the following measures should be taken:-
The recommendations as provided in the reports will be carried out in advance of the Guinness PRO12 Semi-Final on Friday, 19th May 2017.Leinster Rugby and the RDS would like to again put on record our appreciation to all those in attendance at the game for their cooperation with the Garda Síochána and stewards.The health and safety of those in attendance at our games is of the utmost priority and we are confident that the measures outlined above will help safeguard against such an event happening again.
at May 16, 2017