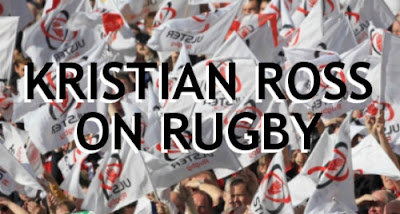 Saracens won their second Champions Cup in as many years after overcoming ASM Clermont-Auvergne at Murrayfield.

Clermont, who have now appeared in three European finals without a win, started poorly as lax defending saw the Top 14 almost concede a try within the opening minute.

Saracens knocked down the door after Chris Ashton splashed down following a clever grubber in behind.

George Kruis added another to make it 12-0 as Clermont struggled to deal with an aggressive Sarries back line.

However, the French outfit bounced back with a try from Remi Lamerat that was converted by Morgan Parra to take the game within a score.

ASM’s persistence paid off as a second half score from Englishman, Nick Abendanon got Clermont within a point, before Alex Goode’s try with ten minutes to go had Saracens on the brink.

A penalty from Morgan Parra immediately from the restart gave the Yellow Army hope, but Camille Lopez missed a kickable penalty from the right-hand side, the challenge was all but over as two more Saracens penalties and excellent game management saw Owen Farrell steer the Premiership champions to victory.