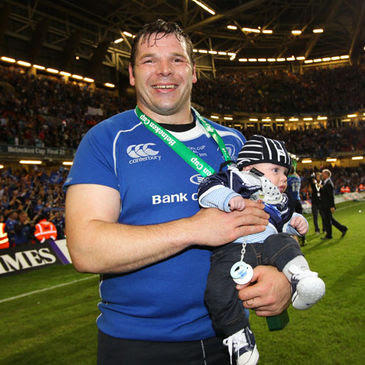 Mike Ross has this morning confirmed that he will retire from rugby at the end of the season.

The 37 year old Cork native has played on 61 occasions for Ireland since his debut in 2009 on the summer tour to Canada, while he has made a total of 151 appearances for Leinster since his debut in September 2009 against the Scarlets.


A former Munster 'A' and Harlequins player, Ross signed for Leinster in time for the 2009/10 season from Quins and has to date won two Heineken Cups, a Challenge Cup and two PRO12 titles with Leinster.


During this time he also won two 6 Nations titles with Ireland and represented Ireland at the 2011 and the 2015 Rugby World Cup.


"Rugby has been a huge part of my life and I've been incredibly lucky to have been a part of some amazing teams. In particular, I'll never forget winning the European Cup in 2011 or the Six Nations championship in 2014.


"I never dreamed having had such a late start in the professional game that I'd go on to achieve such goals, or win 61 caps for Ireland. I'm indebted to my teammates and coaches, my friends and family.


"My parents, Frank and Patricia, have been a constant backing and influence throughout my career, driving me to countless training sessions when I was young in Fermoy RFC and supporting me from the sideline through all kinds of weather playing with UCC and Cork Con!


"I'd also like to acknowledge my friends and agents; Dave McHugh, Ryan Constable and Justin Paige for their guidance over my career.


"I'd particularly like to pay tribute to my wife Kimberlee. Rugby can be very tough on a family, as I'd often be gone for months on end which is hard when you've two young kids, but she's been an endless source of support and strength.


"I'll miss the camaraderie of the dressing room and the roar of the fans when running out in the RDS Arena or in the Aviva Stadium, but unfortunately you can't play forever. It's time to go in a different direction and I'm stepping out of the rugby bubble and moving into the fast growing world of technology.


"It's a new reality, but something I'm very excited about. I still hope to be involved in rugby in some capacity but after this season all my energy will be focused on my new employer, Wizuda, and the challenges my new career will represent.


"Going forward I'll definitely be in the stands on the weekends shouting the lads on, but for now there's a very bright future in front of this team and hopefully we can get our hands on the Guinness PRO12 trophy before I hang up my boots!”


"Mike has played such a major role in Leinster's successes since he joined from Harlequins in 2009.


"He was at the very heart of Leinster's famous comeback against Northampton in the 2011 European Cup Final with a brilliant second half scrummaging display that helped turn the tide of momentum.


"And the following season he played a huge role once again as the Leinster scrum pushed Ulster off their own ball in the first half that lead to a try.


"Mike has also been a great mentor to some of our younger props. Always being prepared to pass on his experience to ensure their continued development.


"We wish Mike every success in the next challenge that he takes on. We will greatly miss him, his wife Kimberlee, his children Kevin and Chloe and his parents Frank and Patricia, all of whom have been fantastic supporters to Mike throughout his career. 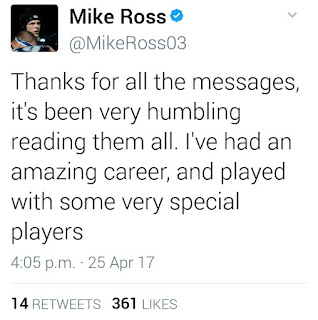