With the knockout stages of European rugby reaching fever pitch this weekend as both Munster and Leinster aim for a place in the Champions Cup final, Heineken® Rugby Club challenged unsuspecting rugby fans with the ultimate risk vs reward scenario in The Stadium Shuffle.

Heineken® Rugby Club headed to the Locke Bar, Limerick, for the recent Munster v Toulouse clash, and gave supporters the ultimate dilemma - risk their hard-earned match ticket for something better….or potentially worse. Upon arrival at the stadium, and with a little help from Ireland and Lions legends Shane Horgan and Mick Galwey, their paths went in very different and unexpected directions. 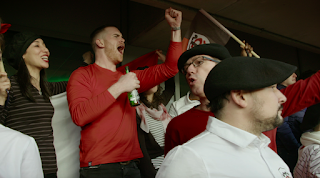 Heineken® knows that the most enterprising rugby supporters will always embark on the journey with the most possibilities, and that was exactly what transpired as a number of fans enjoyed the kind of unique matchday experience that they’ll be telling their friends about for years to come.

Heineken Senior Sponsorship Manager, Jim Geraghty, said: “Bringing fans together by providing unique, special moments is exactly what Heineken® Rugby Club is all about. It’s safe to say those Munster fans who shuffled their tickets got something they weren’t expecting! This season’s Champions Cup has been a special one for both Munster and Leinster and Heineken® has been there every step of the way, culminating in The Stadium Shuffle.”

Rugby supporters can join the club now at www.HeinekenRugbyClub.com, where members receive unique benefits such as match tickets, exclusive event invites, always on discounts across some of Ireland’s top brands and lots more. 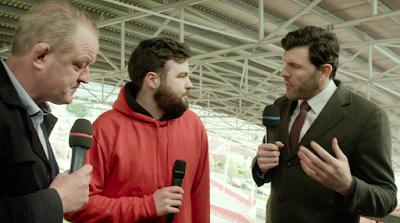