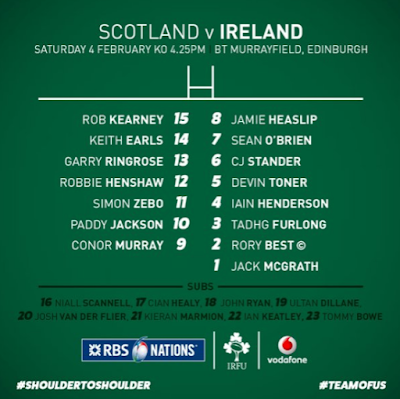 It’s Six Nations time again!  And now there are bonus points!!! Rugby doesn’t get better than this.

Earlier in the week we had a look back to Ireland’s test matches in 2016 to see how our form is, and in the process we had a bit of a moan about how we go into each Six Nations with no real idea of how the teams are going to play based on more recent contents, unlike, say, the World Cup which has a series of “warm-up” games”.

But of course that can be spun both ways.  Not knowing what to expect can be even more exciting.  Are England guaranteed to continue their winning run?  Can Wales actually find a combination of players they can settle on?  Can Conor O’Shea make an immediate impact to his new role with Italy?  Can France actually show up?  And can Ireland quench Joe Schmidt’s never-ending thirst for accuracy for 400 minutes without Sexton there the whole time?

Still, the biggest problem with the lack of warm-up matches is that we can’t really offer much in the way of overall tournament predictions.  No paddock for the horses to stroll around for us to have a look means we can’t really make any judgements until they have all jumped the first hurdle.  So for now, I feel I can only harp on Saturday’s match in Murrayfield.

We have three factors to be considered I reckon…

There is no doubt Sexton will be missed from the starting role, but Paddy Jackson has shown he is well able to stand in and whatever anyone might think about Ian Madigan’s credentials, the provincial preferential policy prevails as outlined by Joe at the team announcement yesterday,  Having Joey Carbery in reserve would have been handy and Ian Keatley will have to play out of his skin if called upon.

But for me, the key for Ireland could well be Garry Ringrose, or more importantly how he is handled by Joe & his coaching staff.  With the ball, he doesn’t strike me as an ABC or XYZ kind of player...more an “I’ll see what letters I’ll use when I’m in the moment” kind.  How much of this we see could depend on how much free reign he is given.  That said, as I mentioned earlier, we could need him more on the defensive side of things and in this area he will need to stick to the programme.

The bookies have us winning by 5.  I think we’ll just about beat that to the tune of 7 to 9 points, but it will take dominance in one quarter, probably the first, to get there.  The rest of the time I expect the Scots to fight their way to parity all over the park, so we will need to make our chances count.  And I think we might need to wait a while longer before earning our first ever try bonus at this time of year.

In the meantime of course best wishes to both the Women’s and Under 20s, both of whom kick off on Friday.  It’s a shame their matches, particularly the home ones for Ireland, can’t take place on the off weeks both just before and during the men’s Six Nations, as that could well improve attendance, though I’m assuming that has something to do with travel costs.

Here’s to a cracking seven weeks.  Despite not knowing anyone’s form, I really do fancy our overall chances.  Hopefully I still will come Monday’s writeup! JLP