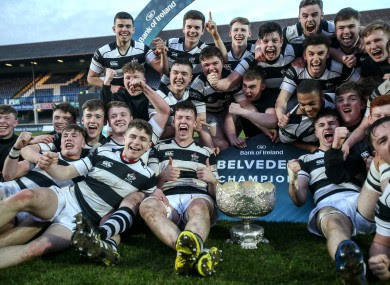 The competitions culminate on St. Patrick’s Day (March 17th) when eir Sport will broadcast the two deciders as a double header.

The action gets underway tomorrow in Round 1 of the Leinster Schools Senior Cup.  eir Sport social media followers were given the choice of fixture by an online twitter poll over the last few weeks.  The game chosen is the meeting of Clongowes Wood College and St. Fintan’s High School in Donnybrook at 3.00 pm.  It will be broadcast on eir Sport 1.

Details of further fixtures to be broadcast will be announced in the coming days and weeks.