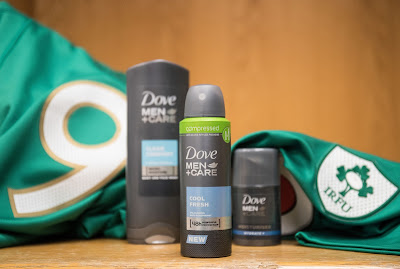 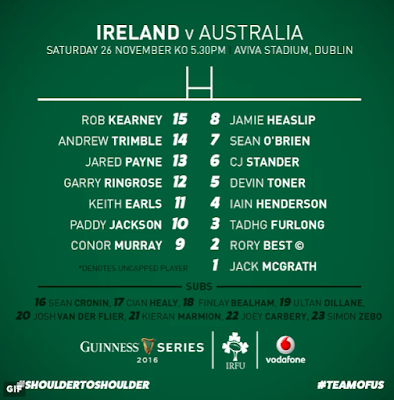 So it has been quite the eventful November for Irish rugby so far, of that there can be no doubt.

We buried a 111-year-old hoodoo, we had a look at some options while still putting 50 on Canada, and finally we either got robbed by Jaco Peyper or showed ourselves to be whingers last week, take your pick.

Yet while the result in Chicago is what will stand out in Ireland’s November 2016 in the history books for years to come, when it comes to kickoff time in the 2017 Six Nations Championship, it is Saturday’s match against the Wallabies that will be freshest in our minds.

I’ve heard all the talk about ranking points and such, but while I do take that on board, I’m not so sure we really need that as motivation for victory on Saturday.

Just to remind you...New Zealand won the 2016 Rugby Championship with a maximum of 30 match points out of a possible 30.  At least 4 tries in every contest, and although the Wallabies finished second on the table, a third “whooping” against the All Blacks won’t have helped.

Since then, however, they’ve headed north and found themselves on something of a winning streak.  Well, three to be precise.  A decent win over Wales, followed by squeakers against Scotland and France have shown they have rediscovered their taste for winning ways and although the “Poms” still await them, a “Grand Slam” tour is still within reach.

As I write, the Irish matchday squad is beset by injury doubts...the one displayed in the graphic above is by no means that which will line out.  I reckon if Joe had his way we wouldn’t know his team until they emerged from the tunnel before kickoff time - in fact he might even have one or two wearing masks in case they failed a late, late fitness test!

But such are realities of the modern game.  During the Schmidt era he has shown himself to be very good at preparing his squads for big tournaments. It’s just that once knocks and bumps eat into his ideal formation as they inevitably do, THAT is where we see the true measure of a squad, and that is where this Ireland set up is to be tested once more.

I’ve said it many times; Joe would ideally like to have Heaslip - Murray - Sexton - Henshaw - Payne forming the key middle five.  Now it appears that he could be missing as many as four of those against the Wallabies, so in many ways this is a test very similar to that we faced Argentina last October (sorry to bring it up!).

We simply cannot afford to let that serve as an excuse for us anymore if our goal is to knock that RWC semifinal thing off our bucket list in 2019, whatever about how the decimalized disaster that is the ranking points system ends up shaping our pool.  We’re going to need players stepping up and getting the job done even if the call comes at the 11th hour.

But before we look closely at the squad, we must first acknowledge Rory Best’s 100th cap.  I’ll hold my hand up and admit I wasn’t sure he’d work as Ireland skipper, but that was more about those who went before him than it was to do with the man himself.  I’m bloody sure of it now.  All you can ask of your captain is to keep track of the match for dialogue with the ref while still keeping up his own high standards and Rory has done every bit of that.

And for me the key to winning this match tomorrow will be in our pack.  Set pieces have to be not just won, but cleanly.  Accuracy is simply a must in all areas.  Whatever we have lost in the back line, if the forwards can maintain a steady ship it will make life so much easier for the Paddy Jacksons and the Garry Ringroses.

Nothing against Donncha Ryan, but Iain Henderson is a superb guy to have the luxury of adding to your squad.  He has been ready for a prolonged starting spot at test level for quite some time now and hopefully this could be it.  Somehow I see us crashing over for a forwards’ try or two with him on the end of at least one of them.

Returning to the backs, well - priority has to be locking down that 12/13 channel defensively...no Joe Schmidt team can function without that.  But keeping their side of the scoreboard down won’t mean much if we’re not making hay down the other end, and Paddy Jackson will need every trick in the book to get past a Cheika team getting more confident every week.

The bookies can’t decide a winner.  That probably means they see the Wallabies as the better squad given we’re at home.  My prediction is that we’ll prove that to be wrong and finish on top but only by 3 to 5 points, and what’s more we’re going to be relying heavily on our forwards coming off the bench to secure the win.

As always I’m really looking forward to being there for this one (many thanks again to Dove Men+Care!!!), here’s hoping for a great reception for Rory & co and of course the “right” result!  JLP