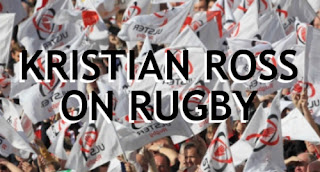 Northampton put their European defeat by Castres behind them by returning to Premiership duty with a narrow win over Gloucester. French international Louis Picamole got the first try of the night for Saints and a conversion coupled with two penalties from Stephen Myler gave the home side a 13-3 lead at the interval with Greig Laidlaw’s kick off the tee giving Gloucester there only points, however it could have been more, the Scotsman in poor form via the boot. Jacob Rowan put the Cherry and Whites ahead after his try but Tom Kessell made sure Mallinder’s men would take the win with kicks from Myler ensuring victory.

Saracens continued their impeccable form as they made short work of Leicester at Allianz Park to hold onto top spot in the Aviva Premiership. Chris Wyles and Sean Maitland both scored first half tries with Tigers out half Owen Williams providing the only score for the away side as Mark McCall’s team raced into a 17-3 lead. Billy Vunipola impressed yet again as his try after half time made sure of a Saracens win against a Leicester outfit that simply could not keep up with the pace despite a George Catchpole going over the whitewash late on.

Harlequins continued their fight to climb back up the Premiership table after an average start to the season with a comfortable win over Worcester at The Stoop. Quins who have had no problem scoring tries recently after a narrow 36-35 defeat in the Challenge Cup last week, ran in five scores thanks to the usual suspects of Danny Care, James Horwill, Mike Brown, Joe Marchant and Tim Visser all crossing the line. Worcester however had penned the home team back in the first half with James Willison’s try ensuring the Warriors went in at half time level at 7-7. But it was a rampant display in the second half by Quins with Ben T’eo’s try providing scant consolation for the visitors.

Wasps kept up with league leaders Saracens after a clinical win over Newcastle at the Ricoh Arena on Sunday. In the recurring theme of the weekend, it was another big first half display that saw no chance of being caught as Dai Young’s men led 17-3 at the break following tries from the referee’s whistle and Frank Halia, with Newcastle’s response a solitary kick from Mike Delany. The second half belonged to a former Falcon, Jimmy Gopperth was instrumental in the promotion campaign to see Dean Richards get Newcastle back to the Premiership at the first attempt seasons ago, but he had no problem making short work of some of his former team mates, coming away with a hugely impressive tally of twenty-one points in all. Just like in the first half, Delany struck three points to give the travelling band of followers something to cheer about, but all in all the day belonged to home team with a start studded one-man performance.

Todd Blackadder’s winning influence continued at the weekend as Bath narrowly overcame Exeter on their home patch to keep their title hopes alive. Exeter who have now lost three matches on the bounce after defeats to Clermont Auvergne and Ulster in Europe, were the only side to register a score in a dreadful first half at Sandy Park that saw Rob Baxter’s outfit hold a 3-0 lead at half time. The second period provided more entertainment, but more so for the club from the spa city as George North kicked two penalties to give Bath the lead. Chiefs fans must have thought they had won it when Mitch Lees bundled over, but Semesa Rokoduguni struck the hammer blow with a score in albeit the eighty sixth minute of the match.

Sale moved up to fifth in the Premiership as they extended Bristol’s winless run to yet another week with a polished performance at Ashton Gate. The Sharks scored all twelve points in the first half as Bristol struggled to cope with top flight opposition yet again this season, Mike Haley and Paolo Odogwu both touching down to give the Manchester based side a decent advantage. David Lemi made sure it wouldn’t be a barren day for Bristol with his try and Shane Geraghty landed three penalties as Andy Robinson’s squad improved second half, but Byron McGuigan, Eifion Lewis-Roberts and Tom Curry got the bonus point for Sale as fans in the south west were left frustrated once again.

Sale – Another win for Sale this season takes them to just a single place within the Premiership playoff spots. After a mediocre few years, it almost feels like the glory days of 2005, but perhaps I’m getting carried away. Aside from that, Sharks fans will now be hoping it’s a case of an unlikely push for the top four as opposed to just trying to get away from the bottom.
Northampton – The long and short of Northampton making the winners column this week is the simple fact they put the Castres shocker behind them. Either way, despite the small victory, things are far from perfect at Franklins Gardens. The next few weeks will be vital for the Saints.
Harlequins – A good win for Harlequins at the weekend sees the London side up to sixth this season. After a pretty mediocre start to the season, things seemingly look to be on the up for Quins, with the first real glimpses of improvement in the last few weeks.

Exeter – Three straight defeats on the bounce now for the Chiefs, who’s European exploits have taken their toll. After qualifying for the quarter finals of the Champions Cup and making it to the Premiership final this year, it almost looks like Exeter could be regressing, or perhaps it is just the sign of a blip and the win they need is on the horizon?
Worcester – Hard to pick the final two spots for the loser’s section this week, but Worcester makes up the first. Defeat to Quins means they are still second bottom with just one win this season. Normally eleventh position in the Premiership is precarious, but with Bristol still rooted to the table, perhaps Warriors fans won’t be worrying too much.
Gloucester – Harsh as it is, Gloucester make the loser’s section yet again this season. Another case of what could have been, it’s already been mentioned numerous times that the Cherry and Whites have got to turn slight losing margins into wins, with two high scoring draws as well this campaign.

Want to see your own rugby opinions on the web?
Click "Write for us" in the sidebar to find out how.
at November 02, 2016