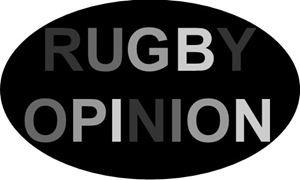 Buying all the newspapers tomorrow

Some outstanding individual performances overshadowed by an amazing TEAM performance. What a win!

Please don't let me wake up in the morning only for it to be a dream!!!!

Can we get a dreadful violin version of Ireland's call for every game from now on? #IREvNZL

This is the greatest thing ever to happen

@IrishRugby we're going to remember remember the 5th of November for a long time to come!! World Class stuff #historymade

'It was the right thing to do,' says Rory Best of decision to stand in figure of eight to face haka.

'The Munster boys were at the front.'

Brilliant smart game played by Ireland delighted with the result

This is the queue to apologise to Rob Kearney right now pic.twitter.com/tiUX5X4x07

In tears at Soldier Field. Speechless

Thought Tadhg Furlong was immense but Conor Murray put it up to to Aaron Smith as the best scrum-half in the world. Immaculate.

It's the first time in my life I'm not whinging after a game. Well done Ireland. That was a super game. A super super game !

To a man we were brilliant but @ConorMurray_9 once again was ridiculous!!!

Oh to be an Irish rugby player today.. what a feeling..ye are some warriors..get up ye boyo's.. gutted to be missing the session in Chicago

Jesus lads, that was some craic!

There were many amazing full-time whistle reactions to @IrishRugby beating the All Blacks, but @DonnachaRyan's was potentially the best!! pic.twitter.com/NC4FtIMNra

Now that was a performance! Crying happy tears

Four hours ago, Aaron Smith was the best 9 in world rugby.

Four hours later, Conor Murray has changed the minds of the world.

Delighted for @RoryBest2 . One of the game's great gentleman, and becoming an all-time great for #Ireland! #IREvNZL pic.twitter.com/fDfFLhT5ko

Woke up the 2 1/2 year old to tell him the score - likely the only time we'll ever beat NZ!

Delighted for the team & Joe. Should have done it a few years ago but they showed composure when it really mattered and players who have taken a lot of flack (Simon, Rob, Jamie) really showed their class today & all of them played exceptionally well.

Love the performance this man @KearneyRob showed us today.. looking forward to hearing where the @Graeme_McDowell accent came from #chicago https://t.co/mlP9tLMqFv

The Kiwi press react: ‘They played their hearts out for 80 minutes this time’ https://t.co/OyERFaL2uR (via Irish Times)

Axel foley watching us all the way 8 8

In the morning, when your hangover asks what happened. Tell it sports. Sports happened.

That's what Irishmen (North and South) can do when they stand shoulder to shoulder. A truly epic and inspirational performance. ☘

Still buzzing from that result. I've never been more proud to be from Ireland! #COYBIG #ShoulderToShoulder #TeamOfUs #IREvNZL

I wasn't optimistic before this game. What a performance. What a team. What a win. Played 'em off the park. Absolutely fantastic performance from the Irish boys. We deserved that. On we go.....

Catching up with my chi-town cousins pic.twitter.com/fyKAEP96sl

Was in Christchurch in 2012 & Dublin in 2013 when Dan Carter broke my battered Heart. working Sunday's & stooopid time zones meant I woke up to the best score ever , & bawled. Off to wear black , eat kiwis & bask in the sunshine of a glorious victory. ( & possibly watch the game online ) so bloody proud

Phone ran out of juice in second half. Still speechless. What a performance. #COYBIG #ShoulderToShoulder