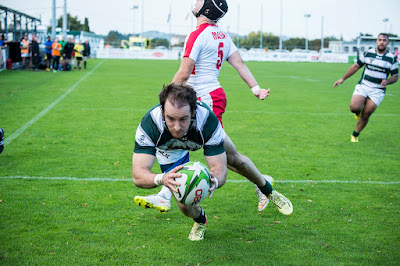 Ireland continued their build-up to the Rugby League World Cup qualifiers with a comprehensive win against Malta at the Carlisle Grounds in Bray.

The Wolfhounds were clinical in their finishing, scoring 10 tries to take the game with a deserved margin as Ireland’s home-based players took their opportunity to press their claims for inclusion in the squad to face Spain and Russia later this month.

A hat-trick of tries and nine conversions gave local lad James Kelly a personal haul of 30 points, and the scrum-half was supported in the scoring by Galway man Alan McMahon with a brace and further tries through centre Paddy James, hooker Connor Phillips, prop Gareth Gill, fullback Casey Dunne, and substitute Adam Boyce.

Malta scored consolation tries in each half through Andy Muscat and Kaine Dimech with Danny Burke scoring a conversion.  The Maltese worked hard but the Irish defensive line proved to be hard to break and they couldn’t make a true dent in the scoreboard, and the floodgates opened as the visitors tired towards the end of the match.

Speaking afterwards, Ireland coach Carl de Chenu paid tribute to his players’ workrate and attitude. “Our players were fantastic, they really showed how rugby league in Ireland is improving. This was a Malta team with several professionals in it, and the lads really fronted up to them. There were some massive hits out there and our physicality and focus in defence was exceptional. This allowed us to get on the front foot and play some lovely rugby. Some of the tries we scored were out of the top drawer.”

Ireland now look forward to hosting the Reggae Warriors of Jamaica on Sunday 16th October before they embark on their World Cup qualifying campaign in Valencia against Spain before returning to Bray to take on Russia on Saturday 29th October in their quest to make to the the Rugby League World Cup in Australia and New Zealand in 2017. 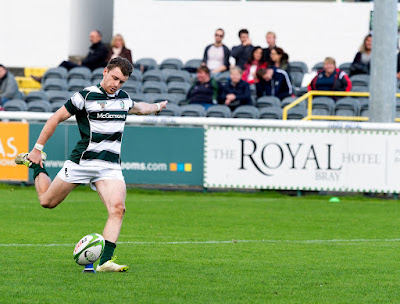