In defence of the "project player" system 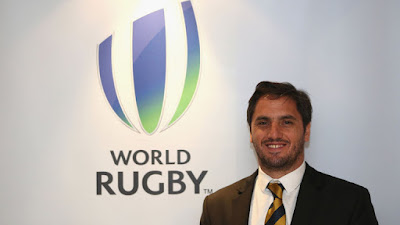 Just how much control do we want to have over players’ abilities to ply their trade where they choose?  This thread also touches on the notion of rich clubs restricting players’ ability to train and play for their countries, something I disapprove of strongly but if I harp on that too much I’ll stray in the area of the world rugby calendar and that’s yet another topic for another day!
Back to the matter at hand...I have been at pains not to mention actual examples of particular individuals for this piece.  Some project players have worked out well, others haven’t.  It’s a massive decision for them to take to uproot and literally go halfway around the world and I’d have full understanding for someone who returned home after a while when they realized it hasn’t suited them.
My final point is that I really don’t understand why some people believe the only solution to perceived problems brought about by the player project system is to essentially get rid of it.  Has anyone suggested retaining the three-year rule but also limiting the amount of project players a country can have in their matchday squad?  That way the flow of players can be restricted...personally I’d say a maximum of two or three for top tier countries and five or six for all the others.
And maybe instead of talking about moving towards an unattainable ideal, Pichot & co can instead set about making it easier for lower tier countries without the infrastructure of the USAs and Japans to attract some talent that can help the game in their country.
I would have thought that growing the sport as far and wide as possible was the remit of an organization that has relatively recently rebranded itself as “World Rugby” and for me, allowing talent to grace the sport’s highest stage as much as possible can only serve to do just that.
We need to keep the system, probably with some sensible modifications, and make sure that whenever someone makes the commitment, gives it their all and proves themselves to be good enough, we view them every bit as much a part of the squad as anyone else.
My chance to be the first Walnut Creek-born player to don the green jersey might be long gone but why should we close the door on the next one waiting around the corner? ;-)  JLP
at October 27, 2016