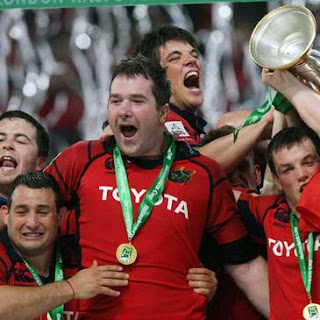 Our thoughts are with his family & close friends.
Like the entire rugby community we are shocked & saddened.
Absolutely terrible news.
NOTE : The tweets below are arranged in no particular order.

The scenes outside Yves du Manoir will linger for ever. Axel _ solid as a rock, on and off the pitch. Thoughts with Olive and all the Foleys
— Gerry Thornley (@gerrythornley) October 16, 2016

Devastated to hear about Anthony. A gentleman and a legend of the game. Condolences to his family and all Munster fans. #RIPAxel
— Geordanmurphy (@geordanmurphy) October 16, 2016

A wknd that began on a happy note sadly ended on a bad one today with the passing of #AnthonyFoley Thoughts with his family at this sad time
— John Muldoon (@JohnMuldoon8) October 16, 2016

Some incredible memories with an incredible man that will never be forgotten..Heroes Get Remembered,But Legends Never Die..#RIPAxel

Blessed to have shared so many great memories with Axel. A man who gave me my first shot at this, thank you for everything. #RIPAxel pic.twitter.com/VVoDiYlskg

Axel..I've got you to thank for the rugby player I am and aim to be #thankyou #RIPAxel

😞💔 Still seems so unreal. Can't even begin to understand how his family feel. #RIPAxel He was the pied piper of the red army #SUAF pic.twitter.com/7M2tTojdNi
— Trevor Murphy (@trevormurphy73) October 16, 2016

Extremely sad this morning hearing the news of the passing of Anthony Foley. My thoughts are with his family. #RIPAxel
— Jamie Hagan (@Hago_3) October 16, 2016

What an honour to have worked with such a passionate, competitive, driven, true rugby man! Munster to the core! #RedArmy #RIPAxel 💔
— Robin Copeland (@robocopey) October 16, 2016

Nice tribute at the gates of @stmunchins this evening in memory of #AnthonyFoley. Sympathies to family and friends pic.twitter.com/0wc24ds8Y7
— Anne O Brien (@aobrien05) October 16, 2016

In shock and in tears at the news. He gave Munster his everything. #RIPAxel

Axel you will be remembered long in our hearts, a light shines on Foley Hill in Killaloe tonight with Olive & the boys #ripaxel
— Gordon D'Arcy (@Gordonwdarcy) October 16, 2016

RIP Axle. I was fortunate to have watched you play , watched you lead, & watch you coach. You were one hell of a man & one hell of a leader pic.twitter.com/bHOpvcjdpj
— Enda McNulty (@Enda_McNulty) October 16, 2016

On those early mythical Munster European days he was the mythical man at its heart. He was also a top top bloke. His poor family. #RIPAxel

I'm fucking gutted. Unreasonably angry at fate. A Munster man and a legend in every sense of the word. RIP Axel.
— Three Red Kings (@threeredkings) October 16, 2016

Devastating news... Fantastic player,coach & European legend but above all that, a great man, thoughts with Olive, the boys & all the family https://t.co/8eopV5mkIH
— Sarra Elgan Easterby (@Sarraelgan) October 16, 2016

@threeredkings Thoughts and prayers are with you and all our Munster friends today 😢
— Miriam Collins (@MiriamCol) October 16, 2016

He made me smile and gave me tears of joy. Today @foleyag has made this man cry. How I wish it wasn't true #Thankyou #RIPAxel #Legend pic.twitter.com/pPqEO6VrmJ
— Thumundlark (@ThumundLark) October 16, 2016

RIP Anthony Foley thoughts are with his family and @Munsterrugby
— caz (@cazthesarrie) October 16, 2016

Its with deepest regret we learned of the untimely passing of Munster Head Coach Anthony Foley. Our thoughts are... https://t.co/F9wPSxXNAy
— Dungarvan Rugby (@DungarvanRugby) October 16, 2016

The thing about people like Anthony Foley, is you felt you knew them even if you didn't because they spoke & played with their heart. Awful.
— Nick Mullins (@andNickMullins) October 16, 2016

Totally shocked at the passing of Anthony Foley. A great man. RIP. #RIPAxel #RACvMUN thoughts are with his family & the whole of Ireland
— Andy Gomarsall (@AndyGomarsall) October 16, 2016

We're absolutely devastated to hear of the passing of Anthony Foley. Our thoughts&prayers are with his wife Olive,his children& his family
— Shannon RFC (@shannonrfc) October 16, 2016

Listen to the pod using the player above or better still, subscribe to our feed we're on most major platforms This week I wanted to lea...