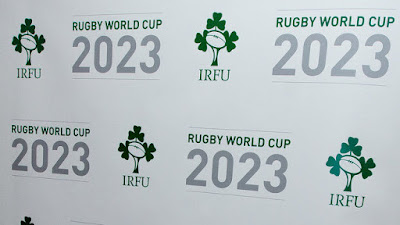 The news that Italy withdrew its bid to host the 2023 Rugby World Cup was a major shot in the arm for Ireland's bid. Ireland, South Africa and France are left vying to host the competition after Japan 2019.
Since the advent of professionalism there has been phenomenal growth in rugby, the tournament and the money involved. Billions of euro now permeate every facet of the game. The Rugby World Cup is the third biggest sporting event after the FIFA World Cup and the Olympics.
A Dublin Chamber survey during the weekend of the Ireland England game in March 2015 found 15,000 travelling fans spent an estimated €11.5m here. The average fan spent €764 during their trip. Half of this was spent on hotels and restaurants while €2.2m was spent in pubs. In total the two Six Nations matches held in Dublin during 2015 delivered €40 million to the local economy. A study by RBS following the 2014 tournament estimated that the Six Nations generates 200 year-long jobs in Dublin and 400 jobs in Ireland.
The Government, the Northern Ireland Executive and the Irish Rugby Football Union (IRFU) jointly submitted Ireland’s official bid to host the 2023 Rugby World Cup on an all island basis. 12 stadiums across Ireland have been identified as venues for the tournament with Croke Park, the Aviva Stadium and the RDS all attracting games to Dublin. Every corner of Ireland will see matches played with Limerick’s Thomond Park, Kingspan Stadium in Belfast and GAA stadia hosting teams from across the globe.
For many reasons Ireland is a focal point for the commercial aspects of the game globally. The governing body, World Rugby, formerly the International Rugby Board, have been based in Dublin since 1998. The Six Nations, the British and Irish Lions and the Pro 12 are run from Dublin. Before their move to Switzerland the European Champions Cup was also run out of Dublin as was their predecessor, the ERC. All of these deliver significant corporation tax to the Exchequer. World Rugby is set to net €150m-€160m in profits from Japan 2019 after clearing €200m in profit from England 2015.
The IRFU’s bid team has been working strenuously over the past year to prepare the best possible bid for World Rugby’s executive to consider. Former International, Hugo MacNeill laid the ground work and continues behind the scenes while Dick Spring heads up the final bid. Former players such as Keith Wood and Brian O’Driscoll have weighed in to support.
The bid requires investment from the Government including the redevelopment of the RDS to modernise and increase capacity. But beyond the stadia, the Government has already invested heavily through sports capital grants in rugby clubs across the country that will play their part in the bid as training venues and team bases. Changing rooms, floodlights, gyms and artificial pitches are all being planned and completed.
Canny observers will have noticed it was the Taoiseach himself who officially opened the new facilities in Donnybrook Stadium recently. These will be of huge benefit to the bid process but will also be of long term benefit to schools rugby in the wider community.
At the moment Ireland takes in about €300 million every year in revenue from sports tourism, the 2023 World Cup alone could be worth up to €1 billion in sports tourism revenue. The expectation is that the 2023 World Cup will attract up to 350,000 visitors, the vast majority of whom will arrive to Ireland via our airports.
The 2023 event would have an accumulative TV audience of over four billion people. The marketing potential from that alone would be worth the investment and generate a huge number of first time and repeat visitors subsequently to Ireland.
In the recent past international sporting events such as the Special Olympics World Games (2003), Volvo Ocean Race (2009 & 2012), Tall Ships Race (2005, 2011 & 2012), Europa League Final (2011) and most notably the Ryder Cup (2006) have been held in Ireland. We have a proud history of hosting major international sporting events with the Dublin Horse Show, tier one horse racing and the Irish Open in golf being annual attractions to international sports fans. In 4 years' time Dublin will host four soccer games in Euro 2020. But there are limits to our potential. Ireland is not going to host a FIFA World Cup and Dublin will never host the Olympics either.
The bid to host the 2023 Rugby World Cups is rooted in realism, it would be a huge boost for Ireland in terms of morale and national pride. Following Italy’s withdrawal many commentators focused on the rugby and sporting importance of the bid, but crucially it would be a massive economic shot in the arm.
Brian Hayes in the Fine Gael MEP for Dublin 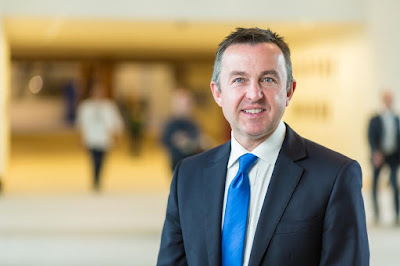