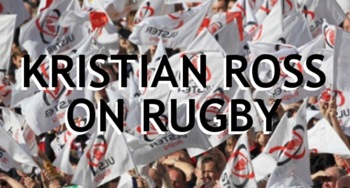 Admittedly, David Humphreys move to Gloucester was always looked upon as strange by many Ulster fans, with myself including claiming it was a sideways move. If the league positions are anything to go by in the last few years, that statement could well be true. The Cherry and Whites have struggled in the Aviva Premiership for three seasons and a trip to Kingsholm is nowhere near as feared as what it once was. But when the side from the south west capitalised on some poor Tigers mistakes, they ended up with what was surely unassailable lead of 31-7. Humphreys had spoken of losing games in the last ten minutes having been Gloucester’s downfall and the jinx seemingly continued as Richard Cockerill’s side produced a stunning comeback to 31-31 before Sam Harrison bundled over the line in the last play of the match to see the Tigers steal a unlikely bonus point victory.

Newcastle have been the Premiership whipping boys for the last five years and despite the addition of Vereniki Goneva, many have predicted the Falcons to struggle again this season. Incredibly, Dean Richards side hadn’t won on the opening day of the Premiership since 2006, a record that seemingly had always meant Newcastle had got off to a slow start. However, the reliable Sinoti Sinoti came up trumps yet again and Kiwi fly half Mike Delany added fourteen points via the boot. Dan Mugford’s late penalty miss ensured a win for the home side and perhaps installed faith that with both Bristol and Worcester having similar strength sides this season, the Falcons may not be in their accustomed bottom three placing.

Current Premiership champions Saracens got off the best possible start as they hammered Worcester in the first of the two London Double Header matches at Twickenham. It’s fair to say that Mark McCall’s side were easily the best in Europe this season and will without a shadow of a doubt be in the top four come May. Owen Farrell was missing however Alex Lozowksi provided the points from the tee. Unfortunately with the Falcons already off to a good start, Worcester fans know that their upcoming home games will take serious precedent in their fight for survival this season.

George Ford stole the show at Franklins Gardens as Todd Blackadder got off to the perfect start as Bath coach. It was the first time in sixteen years that the Saints had succumbed on home turf to the away side and they looked a far cry from their usual selves, not registering any points until the final fifteen minutes. Despite any real chance of comeback, the Blue, black and whites allowed Jim Mallinder’s team a losing bonus point that come the end of the season, may make all the difference for those vital play-off spots.

Harlequins made tough work of newly promoted Bristol at Twickenham in the second of the London Double Header matches. Nick Evans penalty was enough to give Quins the victory who celebrate their 125th anniversary this season. However, despite the defeat, Bristol fans will be seriously buoyed by the standard of defence that their front row displayed, looking for stronger than the usual promoted sides. Austin Healey on BT Sport believes that they will stay up this season, but with a relegation battle that potential could drag in four other sides, it remains to be seen.

Wasps started their Aviva Premiership campaign with a narrow win on Sunday as it was officially confirmed that all operations will now be ran out of the West Midlands. The last two seasons have meant serious changes and admittedly the rugby hype in Coventry seems to have died down with a few more empty seats at The Ricoh Arena than usual. Having signed some huge names this summer that didn’t feature due to injury, Wasps looked positively average in the first half and were clearly frustrated by a Chiefs side that is now part of the Premiership furniture. However, Exeter would have been frustrated they didn’t kill the game off having twice had decent leads and when Tommy Taylor levelled the match after a superb home debut, Jimmy Gopperth added the necessary extras before a final penalty kick secured a win.