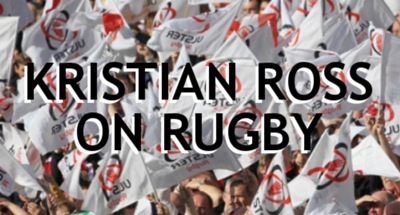 Unless you’re an Irish Rugby fan that has been living on Mars, you will have heard the news by now that the IRFU have refused to extend the contract of South African scrum half Ruan Pienaar. The news comes after the union’s performance director David Nucifora said the decision was to ensure that “indigenous talent” was developed around the provinces. It’s a swift kick in the teeth for Ulster Rugby, with the Springbok arguably one of the best players ever to grace the PRO12.

The news probably couldn’t have come at a worse time, with Ulster having strengthened over summer having added the likes of Rodney Ah You and Charles Piutau, they now face the impossible challenge of recruiting to fill the void that Pienaar will leave at the end of the season, a player that is essentially irreplaceable.

Nucifora acknowledged the contribution that the thirty-two-year-old had made, but it’s empty words for all involved, with both the player and club admitted they didn’t want to part company. Not only does it leave a bitter taste in the mouth once again for the northern province whose supporters often feel they are a Dublin afterthought, but the official statement reeks of hypocrisy. It is acceptable to talk about indigenous talent but not when the national side has already seen the likes of Jared Payne step into a green jersey, born in New Zealand. Judging by this latest debacle, the IRFU only cares about foreign born talent if it suits them.

But the real problem with the situation is what it leaves for the future. Perhaps we will see Ulster Rugby perform a miracle and sign another world class starlet following Pienaar’s departure. But who is to say it won’t happen again? We may well have the same situation in five years’ time. Either way, the proverbial sword that now hangs over the head of the provinces may just well mean no one is safe.