A selection of the “keyboard warrior” reactions after the full-time whistle of our featured matches of the weekend.
If you’d like to contribute stay tuned to our Facebook page for our “Feel free to leave your thoughts…” posts which show up around full time after Leinster & Ireland matches. 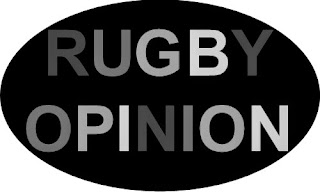 4 hookers in the club and not one can throw a lineout ball and have any confidence that we will win it.
Otherwise not bad at all. Some great debuts and we really do have good players coming through. It's the older ones where the problem lies.
Ringrose on the wing is just a waste of talent and a stupid idea which needs to be dropped at once. It's not like we have bag load of centres.

Mare. Not the worst, but mare

I like the new half back combination.
Gerald Williamson

Ok start. Score doesn't reflect a lacklustre game. Kearney and McFadden let us down. Kirchner should be given a shot at 15. Carbery and Leavy the only outstanding Leinster players for me.
Baz C. Ryan

So pleased for the @leinsterrugby boys. Wearing my lucky shirt in #Portugal must have been pivotal @ginmifsud pic.twitter.com/YI0J00ZpIL

Great we win but still disappointing

First game out of the blocks wasn't a bad start at all.
Carbery- a star is born. Great running 10, fabulous vision. Reid and Ringrose look like a great centre partnership.
Healy and Rob look fit, not sure RK still has that magic though.
Lineout wasn't great.
Season started with a win, although we left the bonus point behind.

And that's it for the first game of the season. @leinsterrugby win 20-8. Great to have the rugby back. #COYBIB pic.twitter.com/7poNxLscGr

Leavy, Carberry, Ringrose - otherwise we appeared to be a little headless. Can you imagine that performance against say Glasgow,Scarletts or Connacht?

@HarpinOnRugby decent debut for Carberry one of my ones to watch!!! He was far from flawless but the raw talent was very evident.

The maul for Tracy's was the best one we've managed in a long time. Our line were poor though and need improvement.

Close but no cigar at the end, but more importantly, no 5th point either. Positives were there but disappointment was too. #COYBIB

Many thanks to all who offered opinions.
Look out Monday for our match writeup JLP
at September 04, 2016