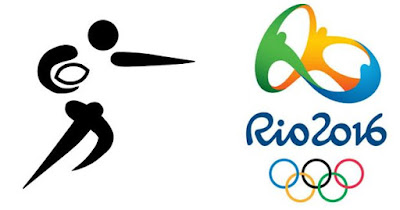 I doubt there is an honour in sport greater than representing your country, and standing on a podium with a gold medal around your neck as your home flag waves and your anthem plays has to multiply those feelings by a countless factor.

And from a rugby standpoint, the inclusion of the sevens code in Rio2016 represents an excellent opportunity to bring the many wonders of egg-chasing to a new audience.

But while I'm fully aware of all of the above, this year’s Olympiad, more than any other major sporting event in history, is testing my immense love of sport to its very limit.

There are other corners of the cybersphere where I can go into a full rant about matters political so I won’t harp on too much here on a sport-specific site...but as each two-year cycle goes by between FIFA World Cup and Olympics we see more and more just how much of a corporate love-in these events have become, and it's even more noticeable now because we’re in the same location as the 2014 soccer tournament.

Call me naive but I would have thought hosting such spectacles was meant to be a boon for the local population?  Yet by all reports the lot of an average Brazilian does not appear to be any better now than it was pre-World Cup, nor will it be the case when the games are over.  Something surely has to be done about the awarding of host-city status...it’s getting beyond ridiculous.

The Olympics motto is meant to be “Faster Higher Stronger” and for me this only applies to the sponsors these days….how fast they’ll leave town when it's over, how high their profits will soar and how much stronger they will be by the time the next event rolls around, no matter where it is to be held.

We also have the other giant elephant in the Olympics’ room...doping.  It’s not really about who is or isn’t partaking anymore...it’s about who gets the gold medal for working the system  (*cough* Russia). Maybe the bulk of competing athletes are “above board” when it comes to medical enhancements, but as scandal after scandal is revealed and subsequently poorly acted upon, public confidence continues to be eroded.

No doubt our heads will be turned over the coming weeks by the blanket coverage, by the glitzy graphics, by the individual success stories, by the exposure to disciplines that will capture our attentions as we await the resumption of the regular championships in our own favourite sports.  And of course I do wish all the Irish competitors the best of luck and I’ll be as happy for them as any other should they bring home some medals.

But while I've been a fan of pretty much all sports "for more years than I care to remember", I just can’t get myself too worked up over these Games, and that includes the rugby I’m afraid.  Sorry.  JLP
at August 05, 2016