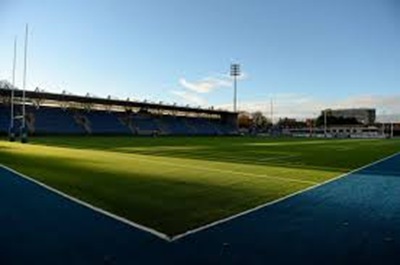 The headlines might be dominated by the inclusion of Rob Kearney, Cian Healy and Mike McCarthy to Leinster’s starting lineup tonight, but while their return from injury is of course important for them, Leinster & Ireland, for fans of the boys in blue, many of whom got their season tickets this week, the focus for the visit of Bath should be on the rest of the squad and how they perform.

So far we have recorded wins against Ulster and Gloucester but of course as is always the case in preseason, the results are the last thing to concern us.  On the “style of play” front, so far things have been looking good as well, but for this preview I’ll be looking mostly at individuals, and there is much to discuss in this starting XV.

First up there’s Garry Ringrose on the wing.  With all of our departures in the centre (plus of course the fact that he did so well at 13 last season) I never dreamed that he’d be lining up for us out there ever again.  Maybe Joe wants to see him play wide with a view to an Ireland cap in November?

As for our actual centre pairing tonight, we have Noel Reid at 12.  There is absolutely no doubt that he is a formidable attacking prospect for us in that position.  He has a great step and knows how to find the try line, at least in the Pro 12.   If there is a question mark it is in the area of defensive positioning and with this being such a key aspect of our play he needs to show improvement if he is to make that jersey his own.

Outside him is Rory O’Loughlin.  You always want to come out of a preseason series with a name or two you feel have impressed, and he has definitely done so in the past couple of weeks.  Again though, we must factor in the defensive side of things and this is a very strong Bath side they’re up against tonight - he and Reid will definitely have their work cut out on that front.

Next we have Joey Carbery at 10.  He’s another to have shown an ability at this level over the past couple of weeks and it looks as though he and Ross Byrne will have an interesting battle in our out-half hierarchy...who knows, Cathal Marsh could also be looking over his shoulder in time.

We get our first look at new signing from down under Jamie Gibson Park, whose name is likely to be shortened to JGP very soon by us keyboard warriors.  You could say he needed a break after the Super Rugby campaign but the truth is he rarely got more than 10 minute cameos for the champion Hurricanes this season with TJ Perenara ahead of him.

On to the forwards.  He puts himself about in the loose, he’s good at pinching lineouts, now he’s captaining Leinster.  Does Ross Molony have an air of Leo Cullen protege about him or what?  Very interesting to see him leading the side tonight, best of luck to him and I doubt it will be his last time.

In my Gloucester writeup I made a point of not naming individuals when it came to the way we were offloading to illustrate how it seemed to be evolving as part of our overall culture.  Now I want to focus on one particular exchange between two players - props Andrew Porter and Jeremy Loughman, who made one sequence look like they’ve been doing offloading at this level for years.

Tonight’s starting front row of Healy, Tracy and Bent all have their own need for game time but it’s the young talent coming through who arguably need it more and I’m sure we’ll see those two youngsters in the second half along with Bryan Byrne and Peter Dooley.  The realities of the modern game are such that we can’t really afford to prolong the introduction of prospects to the senior level anymore.

The same principle applies to our young back row of Josh Murphy, Leavy and Timmins, and it is they who probably face the biggest challenge tonight going up against the vast experience of Garvey, Denton and Faletau.  If it is the result tonight that interests you (regular readers may notice I’m not bothering with predictions for these matches), it could well be affected by how we handle the breakdown area.

So as you can see, there is a lot for Leinster fans to look out for tonight.  The weather promises to be kind so hopefully you’ll be able to make it out to “old HQ”...if not, we plan to bring you the action as it happened here on HarpinOnRugby as we do another of our “liveblogs”.  JLP