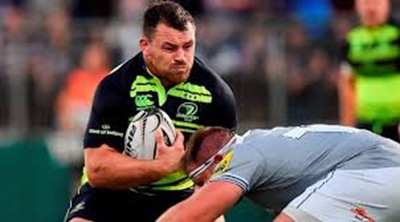 Whether it’s strictly true or not, the whole “pick up the ball and run with it” tale of William Webb Ellis suggests that rugby was founded on the notion of seeking out alternative ways of doing things.

Of course, the fact that it went on to be one of the most conservative team sports on the planet for well over a century is neither here nor there...eventually as the turn of the millennium approached and professionalism was being embraced, while not everything necessarily improved, overall the game changed for the better and the lesson was learned that new ideas always need to be explored.

And it is great to see that alternatives are being explored at all levels of the game.  The international calendar beyond 2019 has been put on hold with a view to perhaps synchronising schedules in the two hemispheres.  The Six Nations may move to April.  The Tri-Nations accepted Argentina and who then joined Super Rugby along with Japan.  The Heineken Cup became the Rugby Champions’ Cup (hey - I DID say not everything improved!).

This desire to try roads less travelled is also practiced by Leinster Rugby and it was very evident in this year’s preseason series.  In the past there has been one away trip and one match at Donnybrook to get us warmed up for the new campaign...this time around we have visited a club rugby ground in Navan and a soccer ground in Tallaght before heading to “old HQ” last Friday for the visit of Premiership side Bath.

But even this occasion had its variations from the norm.  Generally the boys in blue get togged out at the Bective Rangers end of the ground, but due to a new clubhouse for Old Wesley RFC we emerged instead from there.  And as it turned out we weren’t the “boys in blue” on the night - the whole reason I’m harping on “alternatives” so much was that this was the first public outing for our new alternate jersey from Canterbury.  Let’s just say we’re now essentially Borussia Dortmund when they were in their “neon phase”.

When it comes to my describing how this match transpired, I also feel I need to try something different.  Rather than start at the kickoff, I reckon I should first tell you about the final five minutes or so, because the final score doesn’t tell you that this match was still very much a contest as the clock neared the 80 minute mark.

These matches against Premiership opposition shows how differently we approach the rugby preseason here in Ireland.  Basically Bath were set up with a traditional 23-man matchday squad as they were gearing up to hit the ground running in their league opener at Northampton next Saturday.

On our side of the Irish Sea, however, for some players the preseason often extends into September.  Seated a few rows ahead of me in the main Donnybrook stand were Johnny Sexton and Jamie Heaslip among others.  Club skipper Isa Nacewa was roaming the touchline throughout and Sean Cronin was on “waterboy” duty.  This isn’t necessarily a complaint, by the way...I’m just acknowledging it as an, er, “alternative” way of doing things.

So in those closing stages our XV on the park was totally different to that which started - for example Cathal Marsh began the second half at 10, went off then returned only this time at centre.  Meanwhile the visitors had the normal amount of subs and thus had a more settled look about them on top of having most of their “household” names on show.

With about 10 minutes to go Bath winger Semesa Rokoduguni (who had helped himself to a couple of tries) was yellow carded for a deliberate knock on as we we threatening to go over in the corner...a case could have been made for a penalty try.  The visitors managed to clear after the resulting lineout in their 22 but it fell to Zane Kirchner who had been playing as second half outside centre for a second week in a row.

The South African ran back strongly on an intelligent line taking him back deep into Bath territory where he had enough men in support to eventually set up Barry Daly for a try.  Ross Byrne added the extra two and having been behind since the 2nd minute we now were within 6 and having the extra man as we did, although these results “don’t matter” it seemed well worth trying to pinch what would have been a satisfying come-from-behind victory.

And although you already know Bath got two tries at the end, it has to be said that both came as a result of strong pressure by Leinster on their line.  The first came after Tom Daly took a bit too much out of a strong run into their 22 - he had the ball stripped and Bath took full use of transition when a grubber through sat up nicely for Harry Davies to collect and take to the line from halfway for an easy seven points.

It’s not like we even gave up after that.  Charlie Rock spotted a blind side gap off a scrum and had us on the front foot again in their 22 but Ross Byrne rather telegraphed his crossfield kick which was charged down and then gathered by Dan Carter George Ford who took it home from even further out than Davies had.

So as you can see it wasn’t like we were blown off the park as the score might suggest.  We fronted up well to a strong Premiership outfit and stayed in it until the final stages.  And if you’ll pardon the glaring cliché there actually were “plenty of positives”.

Garry Ringrose was on the wing - I wondered in my preview if perhaps this is with a view to his getting an Ireland cap in November.  Whatever the reason, he did ok but personally I don’t like him there.  Even without our having lost so many centres I’d still say that is where he belongs and every minute spent on the park elsewhere is one wasted where he could have gained more top level experience.  But that’s just me...I did say there were positives, didn’t I?

Kirchner certainly doesn’t look half bad in the 13 position and he appeared keen to get things moving on the attacking front, not to mention being frustrated when those things didn’t quite pan out.  Judging by the way preseason has gone I’d have to assume that he is slated to start against Treviso with perhaps Noel Reid inside him and Isa and Ringrose on the wings assuming Rob Kearney starts.

Speaking of Rob it was a steady as she goes outing from the returnee.  After we went 13-0 down in the early stages he played his part in getting our side of the scoreboard moving but I’d say he was happy enough to emerge from the shift unscathed.

Another fighting his way back from injury was Cian Healy.  He struggled to keep his side of the scrum up on the early put ins, though as Leinster fans know all too well, Bath are good at forcing penalties on their own feed.  Around the park in the loose Church certainly looked to be on his way back to his best and it was his burst through the middle that got us going for our second try.

On the restart after our first five-pointer (which I’ll describe later as I’m “alternatively” working backwards in time) we had our first chance to try an “exit strategy” from our 22 and Healy emerged from a sea of forwards to get it to halfway and had good support for some of the offloading which has impressed this preseason and this brought us well into their 22.  The Bath scramble wasn’t enough to stop our momentum and eventually it was first-time skipper Ross Molony dotting down.

That opening Leinster try was from Adam Byrne - we had an attacking lineout in the Bath 22 which was badly overthrown by James Tracy who had some dart issues on the night.  Luckily the defence managed to knock it on and from the resulting scrum we worked a good overlap for our winger to get over the line.

Others to impress for Leinster were Josh van der Flier in his second half cameo, Jamieson Gibson-Park looked comfortable in his first outing for us and for the third week in a row Rory O’Loughlin showed himself to be yet another option for us at 13.

Unfortunately for Mike McCarthy it wasn’t his best ever shift for Leinster as his dropped a couple of takes you’d expect him to carry well past the gain line but he’ll be back stronger next time out.  Ian Nagle gave a loud scream of pain as he fell to the turf in the second half but thought himself able to carry on...the doctors thought otherwise but hopefully that’s a good sign that his shoulder isn’t too bad.

As for Bath, there is no doubt they deserved the win on the night, though perhaps the margin flattered a bit.  They seem to have made a good choice in Matt Garvey to replace Stuart Hooper as their skipper; he was used quite often to get his side on the front foot and did it well.  Defensively they were tough to break down, holding us out for about 30 phases at one point.  But when it comes to assessing how Blackadder’s boys will do in the Premiership, it’s hard to tell on this display as the standard in that league improves exponentially with each season.

Back to our team...despite the disappointment here we have to feel good about the alternatives who have been given their chance to shine in recent weeks.  I can’t be 100% sure whether it’s down to the involvement of Sir Graham Henry or not but you can definitely notice a culture of attacking rugby around this squad and assuming it can be shown by the full first XV there’s every chance we can be challenging on all fronts this season.

All that remains now is to count the days to our first competitive start of the season this coming Friday at the RDS.  It’s unusual to be kicking off the Pro12 season there, but I certainly don’t mind!  You won’t find me looking for alternative forms of entertainment that night, I can assure you.  JLP