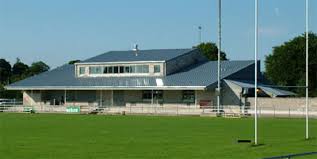 Starting this Saturday, August 13th, 2016 at Navan RFC and finishing Saturday, July 8, 2017 at Eden Park, Auckland, we have the next installment of Leinster, Ireland & Lions rugby.  And as you can see by the headline, yes, I “did the math” (or at least an online tool did).  It’s 330 days.


Here I’m going to share with you a few thoughts on the subject of calendars and rugby, two things you may not always put together but they do go together quite a bit in the modern game.


THE EUROPEAN RUGBY CALENDAR IN GENERAL


This is a recurring bugbear of a theme for us so if you’ve read my views before and would like to skip to the next heading, feel free.


I have been blogging about the absurd nature of the European rugby calendar since before Harpin On Rugby even came into existence.  Basically my contention is that the way our competitions are both staggered and stretched throughout the season does nothing to help the product we see out on the pitch; in fact if anything it does harm.


And it not only harms the clubs, regions and provinces...I reckon the most suffering befalls the test squads when it comes to major tournaments, and the presence of all four Rugby Championship sides in the RWC2015 semifinals bears this out.


We need only look at the way they do things in NZ, SA & Aus  to see how we should be looking at structuring our season.  Basically whenever they go to a World Cup, or indeed travel here for Autumn tours, their playing squads have been together for several weeks.  No Super Rugby, no domestic competitions, no interruptions...their coaches have had access to all of their players all of the time.


Meanwhile back home in "SANZAAR land", with the exception of a few June tests, the Super Rugby coaches themselves are pretty much assured to have their squads together for the duration of the tournaments, and the same goes for the domestic comps as well right now.


But of course that’s just me, one humble keyboard warrior.  I’m hardly saying all of the above HAS to be done.  It’s merely a starting point for a debate.  And now, finally, at long, long last, we have it being discussed at the highest level.


The new chairman of World Rugby Bill Beaumont has proposed that the Six Nations be moved to April.  It wasn’t much of a surprise when John Feehan, however, CEO of the annual tournament, shot down the idea with an attitude of “it’s not broken why fix it”.


Sure...when the Six Nations is actually in play, we all love it.  But taken in the wider context of World Rugby, it’s place on the calendar, no matter how traditional it may be, has to be looked at.  And don’t even start me on the need to include the likes of Georgia - that’s for another day!


But hey...at least it’s being talked about at the highest level.  That’s massive progress from about 10 years ago when I started harping on it.  If only they’d listened to me then ;-)


AIRLINES AND TV COMPANIES OVER FANS


The draw for the pool stages of the Rugby Champions Cup was made on the 29th of June.  Ironically, it was held in Neuchatel, Switzerland, where there is no rugby team in either competition (On this point...it’s not rocket science guys...you want a practical location for the draw? How about the stadium where the final is going to be???)


Anyway...I’m pretty sure the travelling “alickadoos” from the competing clubs were given plenty of advance notice of the date of this draw so they could make all the necessary logistical arrangements to be there to witness the balls being removed from the various pots.  But what about the fans themselves who want to see rugby balls chased around the great stadia of Europe?


Last week we shared a post from the official European Champions Cup page which informed us that it would probably be “later this month (August)”  before the fixtures for the pool matches would be released.  They appeared keen to point out that this was “approximately eight weeks” before the tournament began.


I’d be more inclined to point out that it’s approximately eight weeks since the draw was made, and this should be more than enough time for airlines and TV companies to get their ducks in a row, because the longer the delay, the harder it is for fans to work on theirs.


OK enough moaning about stuff that we feel should be done differently...what say we look as some actual rugby.  How do the schedules look for the teams on which I live to harp?


Well, in Leinster’s case, my attention is immediately drawn to the end of the Pro12 regular season.  Our final four matches are Ospreys (a) Connacht (a) Glasgow (h) and Ulster (a).  You can rest assured I will be reminding you of that stretch several times throughout the campaign.


Basically what this means is that if we want to have any hope of a home semifinal, absolutely every single point is going to be crucial, right from the opening kickoff against Treviso.  At the risk of overlapping with a point made earlier, the fact that the 22 matches are stretched over the long season means that the timing of each individual contest can be important, and if Leinster don’t have a decent amount of points in the bank by the time April rolls around, we could find ourselves with quite an uphill battle.

We must never forget the British & Irish Cup - this year Leinster A have Richmond, Nottingham and Scarlets Premiership Select in their pool - it would’ve been nice to get London Irish but that honour went to the Connacht Eagles.


Then there’s Ireland...two more cracks at the All Blacks either side of a “virtual A match” against Canada before Michael Cheika’s Wallabies round off the November schedule.  All of these tests have significance as they should have bearing on our seeding in the draw for the 2019 World Cup.


As for the Six Nations, well putting a pin in the whole “no easy matches” cliché for a moment, after facing Wales, France and England in our first three encounters last season, there’s at least an air of swings and roundabouts about our 2017 campaign as we open with Scotland and Italy.


Since it’s so far away, there’s not much to say about the Lions Tour except that the Pro12 and Premiership finals are played just a week before the tourists’ opening match in Whangarei.  The Top 14 final is the day after though that is, in fairness ,considerably earlier than last season.  None of this can be much of a help to a squad trying to go half way round the world and defeat the reigning World Champions in a three-match series.


But...I’m heading back towards the area of whinging again so I’ll leave it there.  The bottom line is that the pre-season starts this coming weekend in Navan and I for one can’t wait - plans are afoot to bring you a preview on Friday and a “liveblog” of the match itself on Saturday.  Bring it on! JLP

PS Below you see the full list of our fixtures as it stands now.  You can also find it via a  link in the sidebar and we’ll update it as the season progresses.

PPS Shortly after publishing we received word of Leinster's extended 32-man squad for the match against Ulster in Navan :