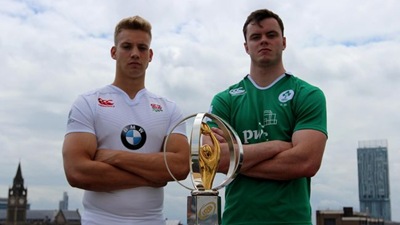 “A home semi-final would be a fitting tribute to the 56 players who have contributed to our season and to our wonderful supporters.”

On the 4th of May an email popped into my inbox from Leinster Rugby with the subject line “A message from Leo Cullen”.  It was meant to thank season-ticket holders for their support over the course of the campaign.

I distinctly remember at the time finding it interesting that the thanks were given before the season ended, particularly when you consider how things looked for us at the time.  We had just had our backsides handed to us by the Ulstermen and while victory over Treviso in our final regular-season match seemed a formality, having any kind of success in the playoffs most certainly did not.

But what struck me most of all in Leo’s message was that number 56.  That’s a lot of players to use in a season which up to that point had comprised just 27 matches, I thought.  But the ups and downs that were still to come in the season for both Leinster & Ireland meant I didn’t have the time to dwell too much on it.

Let’s just say that since the season ended I’ve done nothing but dwell on it.  OK - maybe that’s a bit of an overstatement.  I actually do have a life!  And between one marathon season that went from early August 2015 to late June 2016 and another which will span from mid August 2016 to mid July 2017, we’ve been doing all we can here at Harpin Manor to take a step back from the day-to-day rugby reportage.

Yet the preseason starts in earnest today so it’s time to start looking ahead at the prospects for Leinster, Ireland and indeed the Lions for the campaign to come.  Which bring me back to that number 56.

Of course you wouldn’t be interested enough in this subject matter to be reading a blog without knowing the reason why Leinster in particular have to go so many players.  We have been bulk suppliers to the national team in recent years, after all.  But even without that, it’s particularly important for all four provinces to have options at every position what with the IRFU’s policy of player management.

But delving into the reasons for that policy takes us on an interesting path.

Why does the player management policy exist?  Because the structure of the European season sees the international and domestic calendars overlap several times.  The feeling is that if players appear week in week out in the Pro12 it will affect their ability to perform in November and the Six Nations.

And how well has this policy worked for Irish teams in particular?  Extremely well - three Six Nations crowns and five Heineken Cups from 2006-2015.

And how has the rest of European rugby reacted to this?  To say they haven’t been happy is an understatement.  By tilting the playing field on the continent so a bigger slice of the TV money now flows to the English and French clubs giving them much, much more power to sign marquee talent, they are starting to lure talent from the fringes of the Irish team as well.

And so we must ask ourselves...can this 56-player-per-season thing continue?

I should add that I am well aware that the high number isn’t entirely to do with international call-ups.  Long term injuries to such key players as Luke Fitzgerald, Kevin McLaughlin, Rob Kearney, Sean O’Brien and Cian Healy certainly didn’t help matters, but every club has to cope with injuries no matter what system their union operates.

Thanks to a recent article posted on SportsNewsIreland, we can see in detail the comings and goings from Leinster Rugby from the beginning of last season to now.

What I feel is most disruptive for Irish rugby is that much of the negotiations for player contracts have to take place in the middle of the season.  Our biggest departures from last season Te’o, Madigan and Moore were all decided before the end of January.  This means that the approaches were probably made at least a month prior to that.

This in turn means that the way a player is treated by his province and country in the earliest stages of the season could have a significant bearing on their state of mind when the Premiership & Top 14 folks come a-knockin.

Personally, I don’t have a major problem with these players deciding to go.  Many of them get stick for “chasing the money” but there are other factors to consider, like the prospects of test rugby as well as their personal situation.  But it’s not that level of transfers that I am most concerned about.  It’s when we get into the Cian Kellehers and the Tadhg Beirnes that alarm bells are raised.

If we get to the end of October and a particular player finds the best they can do in the Leinster set-up is the British & Irish Cup squad, only to then go on to discover there’s no place for them in the Pro12 during the Autumn Internationals, can we really blame them if their heads are turned by representatives from clubs in England and France?  Even if they’re in the Championship and ProD2?

Obviously nobody can be guaranteed first-team selection at any sporting organization, but the way Leinster have been hoarding four, five or six players at certain positions over the years is always bound to provide some “low-hanging fruit” for clubs elsewhere and as the years go on (and supposedly the TV money pots in England & France grow richer) the exodus will continue.

So what can Leinster do?  Well I’m certainly not suggesting I’ve discovered in this post anything they would have missed...they will be all too aware of the situation.  I guess what I’m trying to do is pave the way for fans to be prepared for more to be heading towards the exit door.

Which brings me to the pair in the lead photo, namely James Ryan and Harry Mallinder, captains of the respective finalists at the recent Junior World Championship in Manchester.

No doubt you remember the Wolfpuppies’ amazing run to the final, coming from a 17-point deficit against Wales to claw their way back to victory and then overcoming the Baby Blacks before falling to the host nation in the showpiece.

And even though it was a narrative repeated ad nauseum by Sky Sports pundits, there was a lot of truth surrounding the assertion that while both teams comprised Academy players, the English squad had a lot more experience at senior level.  Take the two captains in question.  Harry Mallinder had 17 caps for the Northampton Saints including 11 starts, one in the Champions Cup.

Ryan (about six weeks Mallinder’s junior), on the other hand, despite putting in many a captain’s performance both in this tournament and the Six Nations, has a host of second rows ahead of him at Leinster - and you don’t need me to tell you that finding gametime for him as a number 6 isn’t a whole lot easier at the province these days.

It might not be so simple that “If we don’t give the James Ryans of this world senior rugby now they’ll leave”, but I do fear that could be a growing trend as the years go on.  And it’s not as though we haven’t already begun to give untried youngsters their shot at highest level...just look at the success stories of the likes of Josh van der Flier, Garry Ringrose and Ross Molony last season.

Managing a provincial rugby squad under the numerous constraints of the professional era on these shores has never been easy.  Providing cover for every position, being able to field two full squads when the B&I Cup rolls around, not annoying the AIL clubs too much (I can hear them laughing at that point even as I type lol) are enough parameters without worrying about agents having numerous foreign clubs on speed dial into the bargain.

But such are the realities of the “post-BT-revolution” game and while it might take a few years to get just right it has to be possible to streamline our player pools to such an extent that everyone can be kept happy.

We’re just getting warmed up here at Harpin Manor, it’s preseason for us too...later in the week we’ll be looking at our overall expectations for Leinster in the season to come.  JLP